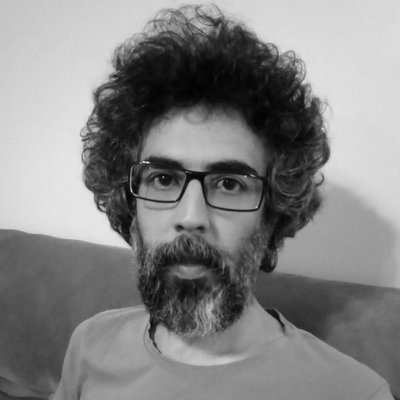 Esmaeil Mohammadvali is a journalist who reports on labor affairs and issues in Iran. He has previously worked with the Iranian Labor News Agency (ILNA) and the Meydan website. Following protests by Haft Tapeh Sugar Company workers in June and July 2020, Mohammadvali was arrested on July 13 by police officers from the Shush security forces.

Esmaeil Mohammadvali is a journalist who reports on labor affairs and issues in Iran. He has previously worked with the Iranian Labor News Agency (ILNA) and the Meydan website.

Following protests by Haft Tapeh Sugar Company workers in June and July 2020, Mohammadvali was arrested on July 13 by police officers from the Shush security forces.

Mohammadvali, who had gone to Shush to make a documentary, published a post on his personal Twitter page on July 4, 2020, in which he wrote: “We’re researching a documentary about Haft Tapeh and as such we need to go to Khuzestan to conduct a few interviews. I’ve been following this story since 2017 and the security forces haven’t prevented me from going, threatened me or even contacted me. It’s probably useless to be worried about something going wrong with the filming but it’s better if I clarify one thing from the start. We’re not making a film in secret. The reason that we haven’t sought the legal permissions and licenses to make a documentary is because we are still in the research and photography stage of production. However, if there is content that we want to produce we won’t publish it without a license. Another issue is that I haven’t looked into getting a producer because I don’t know how much it will all cost. I will be looking into the financial and content issues and one of my documentary filmmaker friends, who I’ve almost had to trick into coming, will do all the technical work.”

According to information published on the Haft Tapeh Independent Workers Channel on Telegram, a photographer was arrested along with Mohammadvali. The channel also reported that the arrest was ordered by Morteza Bahmani, the chief of the Shush security police.

In mid-June 2015, Esmaeil Mohammadvali wrote on his personal Facebook page that a team of five reporters, who had been working on labor-related issues and of which he had been the editor, had been fired en masse from the Iranian Labor News Agency.

Another ILNA reporter at the time told Journalism Is Not A Crime that a number of ILNA executives were not happy with the team’s coverage of labor issues because of their insistence on covering workers' demands and protest rallies. The executives repeatedly intervened while the team was reporting these stories and prevented their reports from being published. The reporter continued by saying that: “The ILNA executives were reluctant to address the workers protesting in front of the Ministry of Labor because the ILNA officials considered themselves to be supporters of the government. However, the reporters were really concerned about the workers. They had been forced to work for a long time and under pressure and coercion from the authorities.”

On June 24, 2015, Esmaeil Mohammadvali, Morteza Madani, and Leila Razzaqi published a letter in which they explained the reasons for their dismissal from the labor affairs section of ILNA. An excerpt of the letter read: “The reason for the mass dismissal of the reporters from ILNA’s labor affairs group was not limited to one news item, but [our] resistance to the censorship of the 'Farsit Doroud' factory workers gathering in front of the Ministry of Labor was the culmination of disputes between the labor affairs group and the ILNA chief executive officer. It was that story that confirmed our dismissal. On June 18, 2015, we were busy working on the story when the CEO of ILNA sent us a message which stated that not a single line of news should be published about the protest gathering of the 'Farsit Doroud' workers in front of the Ministry of Labor. When he was asked why, Massoud Heydari, the CEO of ILNA, was quoted as saying 'The protest is completely unjustified, the workers are greedy and they are demanding too much.'"

Emaeil Mohammadvali was released after two days of temporary detention on July 10, 2020. His personal belongings, confiscated during the arrest, were also returned to him.