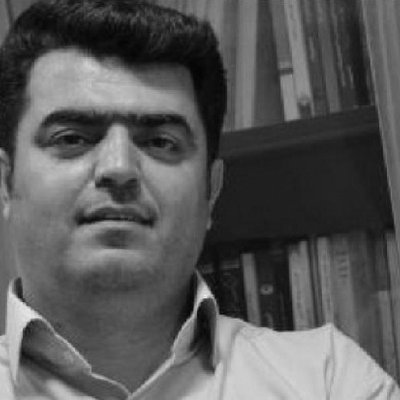 Secretary of Mathematics and member of the Board of Directors, Secretary General of the Teachers’ Union of Iran, Representative of the Coordinating Council of Teachers’ Trade Union of Iran

Esmail Abdi is Secretary-General of the Iranian Teachers' Union as well as its Secretary of Mathematics. He has been repeatedly detained, interrogated and imprisoned by security forces since 2006 for his labor activities and for defending the rights of teachers.

Esmail Abdi was first arrested on March 14, 2007, near the Ministry of Education during a protest rally. He was detained for a day and then released.

Then, on December 31, 2008, he was arrested by security police in front of the Iranian parliament after attending a meeting between members of the Teachers' Unions from across Iran and members of a minority faction of the Islamic Consultative Assembly. He was released the next day.

On May 19, 2010, Abdi was arrested by agents from the Ministry of Intelligence after a judge of Branch 1 of Eslamshahr Court improperly and illegally issued an arrest warrant for him. While searching Abdi’s home, security officers confiscated some of his personal belongings, including his computer, notebook and diary.

Esmail Abdi was detained and interrogated for 44 days in Section 209 of Evin Prison. He was finally released from prison on a bail of 500 million tomans until his court case could be convened.

Abdi’s court case was heard in Branch 26 of the Revolutionary Courts of Tehran, presided over by Judge Pir Abbasi. On June 29, 2011, Abdi was sentenced to ten years imprisonment, of which five years was suspended, on accusations of "propaganda against the state" and "collaborating with hostile states." The evidence provided for these accusations were Abdi’s interviews with foreign media networks.

In the summer of 2009, Abdi had spoken to a foreign media network about the situation of education in Iran and about the cases of some imprisoned academics and educators.

From His Airport Arrest to Six Years Imprisonment

After a teachers' protest in June 2015, Abdi, as a representative of the Coordinating Council of Teachers’ Trade Unions of Iran, intended to leave Iran to attend the World Teachers' Summit in Canada. He was arrested at the airport.

In March 2016, Abdi was sentenced to six years imprisonment by Branch 15 of the Revolutionary Courts, presided over by Judge Salavati.

Abdi, who was arrested on June 27, 2015, by agents from the Revolutionary Guards Sarollah base, spent 40 days in solitary confinement and 10 months in Sections 7 and 8 of Evin Prison. Abdi was subjected to this illegal detention until March 2016 when the lower courts eventually issued their sentence.

Abdi was accused of "gathering and colluding with the aim of disrupting public order" and "propaganda against the state," subject to Articles 610 and 500 of the Islamic Penal Code. The evidence provided for these accusations were his trade union activities as Secretary-General of the Teachers' Union and his role in labor protests.

In late April 2016, to coincide with Teachers' Week in Iran, Abdi and Jafar Azimzadeh, a labor activist, went on an indefinite hunger strike in Section 7 of Evin Prison in protest against his sentence and his insistence that judicial authorities "remove security charges from the cases of union activists".

After protests by a number of teachers and civil society activists, Abdi was temporarily released from prison on a bail of 300 million tomans after 16 days on May 14, 2015.

In October 2016, Branch 36 of the Court of Appeals of Tehran province upheld Abdi’s six-year prison sentence.

In accordance with Article 134 of the Islamic Penal Code, a minimum of five years' imprisonment was to be enforced for the accusation of "conspiracy and collusion against national security."

Earlier, in May 2015, the Kaleme website – which is closely affiliated with the 2009 presidential candidate Mir-Hossein Mousavi, who has been under house arrest since the protests that followed the allegedly stolen election in which his rival, Mahmoud Ahmadinejad, was re-elected president – reported that Abdi had been summoned to the Ministry of Intelligence in Tehran. After three hours of interrogation, he was threatened with 10 years in prison if he did not resign from his position in the Teachers’ Union. Abdi resigned – but the Iranian Teachers' Union rejected his resignation.

Following the confirmation of the six-year prison sentence in the Court of Appeals, Abdi was arrested at his home on November 9, 2016, without prior notice and without a warrant. He was taken to Evin Prison.

In February 2017, Samaneh Asadkhani, Esmail Abdi's lawyer, announced that Abdi’s request for a retrial had been denied. Asadkhani said: "We requested a retrial for the six-year prison sentence issued by Branch 36 of the Court of Appeals. This appeal was rejected in Branch 33 of the Supreme Court of Iran in Qom."

Asadkhani added: "They did not give a specific reason for their rejection of the request. They only stated that the initial verdict was issued in accordance with the law and that the retrial was rejected."

Abdi went on hunger strike on April 24, 2018, to protest the widespread violation of the civil rights of teachers and workers. He ended his strike 23 days later, following a severe deterioration of his physical condition and a weight loss of 15 kilograms.

Munir Abdi, Esmail Abdi's wife, confirmed news news to the Human Rights News Agency, HRNA, saying: “On Wednesday May 16, 2018, Mr. Abdi suffered severe physical weakness and ended his strike. He had previously suffered from asthma and kidney pain due to his hunger strike and lack of prison care. For the past two weeks he has also suffered from joint pain, which has been confirmed by the prison's health department. We presented his medical records to the prosecutor's office and asked him to investigate his condition, but this request is still unanswered. Also, Mr. Abdi's request for leave has been approved by the prison authorities but the prosecutor's office has not cooperated and the confirmation of his leave is still uncertain."

Prior to this, on April 28, 2018, Amnesty International published a statement in which they called for immediate action to address Esmail Abdi’s suffering and imprisonment.

Abdi, who was released from prison on March 17, 2020 on temporary bail, was arrested on April 20, 2020 when he reported to the Evin Prison Prosecutor's Office to extend his leave.

This was despite the fact that the Iranian president, Hassan Rouhani, had previously said that prisoners’ temporary leave would be extended until the end of May due to the prevalence of the coronavirus in Iran and the risk of it spreading through the country's prisons.

2016
In April 2016, the Free Trade Union of Iran published a statement in support of the demands of Esmail Abdi and Jafar Azimzadeh, Chairman of the Board of Directors of the Free Trade Union of Iran. In a portion of the statement, they said: "Jafar Azimzadeh and Esmail Abdi's demands are clear; the resolution of all economic hardships for teachers and the establishment of job security for educational positions, the elimination of educational inequalities and the accessibility for all to free and equal educational facilities in accordance with modern standards. These demands include the removal of all security charges in the cases of imprisoned activists, their release, the termination of ongoing judicial cases against protesters, the freedom to protest and strike, the right to form independent organizations and the freedom to join these protests."

2017
In October 2017, the Teachers' Unions of Tehran and Gilan issued separate statements expressing concern over Esmail Abdi’s condition, who was on hunger strike, calling for attention to be paid to his situation and requesting that his union's demands be fulfilled.

The Canadian Teachers’ Federation, the Coordinating Council of Teachers’ Trade Unions for the whole of Iran, and the Kurdistan-Marivan Teachers' Union called for Esmail Abdi’s release in a statement.

Likewise, the Bus Company Workers' Union of Tehran and its suburbs, the International Education Organization, the Iranian Teachers' Organization, a collection of labor and union activists, and the Coordinating Council of the Teachers’ Trade Unions from across Iran all called attention to Mr Abdi’s situation and demanded his release.

2018
Esmail Abdi received the International Solidarity Award of the National Union of School Teachers and Female Teachers of the United Kingdom. In their congratulatory message, the union stated: “We know that you are a clear and unequivocal supporter of teachers' rights and the right of all children to equal education and that you greatly value these ideals. We also appreciate all of your efforts to organize peaceful demonstrations in protest of low wages and the poor working conditions of teachers and your endeavours to provide more investment for equal education as a fundamental right for all Iranian children."

In response to the award and the union's message, Abdi wrote: “Prison, exile, humiliation, detention and even execution have always been the result of the government's treatment of trade unions in Iran.” He added: “Education in Iran has always had a budget deficit, teachers' demands for salary payments have not been paid for months or even years, and all of this has had a detrimental impact on education in Iran.” He concluded that, “We believe that no society can rise above the level of its teachers. We are trying to create a better situation for teachers in Iran. We will go to prison; we will be repressed, but we will never give up.”

2020
Two organizations, Education International and the British Teachers' Union, condemned Abdi's return to prison. They called it “a sign of a new wave of repression aimed at creating fear around May 1 of this year, International Labor Day.” David Edwards, the Secretary-General of Education International, also stated: “We condemn the repression of the rights of committed teachers and union leaders and we will work tirelessly to secure their release."

In May 2019, while serving his sentence in Evin Prison, Esmail Abdi wrote a letter to the Judiciary's Human Rights Office calling for attention to be paid to the behavior of those he referred to as "plainclothes officers."

In a portion of his letter, Abdi wrote, “While the officials of the Islamic Republic talk about freedom of thought and expression, the right to form a union and association, adherence to international conventions and the Universal Declaration of Human Rights ... Unfortunately, this year, as in previous years, the prestigious Iranian judiciary once again ordered officers to wear plainclothes and to infiltrate and cause violence during the peaceful protests on May 1, 2019, the International Workers’ Day and on May 2, 2019, National Teachers' Day [in Iran]. As a result, a number of educated teachers and workers were arrested by security forces. My wife was beaten and insulted in front of the General Directorate of Education."

Esmail Abdi ended the letter saying, “Therefore, considering the composition of the constituent members of the Judiciary's Human Rights Office, I demand that these plainclothes officers, who have arbitrarily dealt with trade unions, civil society activists and their families, who have illegally suppressed and violated the most fundamental basic human and civil rights be held accountable. Not only have they not been held accountable to their actions so far, but, as judicial officers, they continue to influence the decisions of the judiciary in legal cases even after verdicts have been issued. It is imperative that an impartial investigation be established to deal decisively with these individuals. It is expected that the Human Rights Offices, as an independent authority, will respond to such requests. I consider all forms of fair and just protest to be the legal right of me and any of my colleagues.”