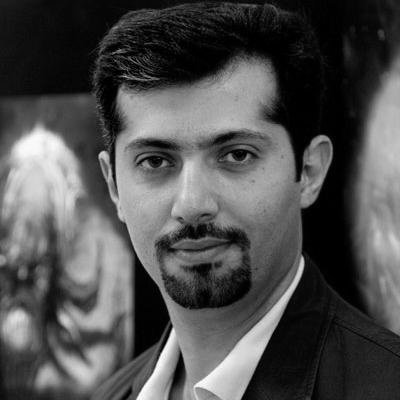 The work of artist and cartoonist Hadi Heydari has repeatedly angered hardline politicians, and he was eventually charged with conspiracy against national security, he spent 17 days in Evin Prison in 2009.

In 2012, Revolutionary Guards compiled a case against him, leading to a further year of imprisonment.

Hadi Heydari was arrested on October 22nd 2009 and was charged with conspiracy against national security. He spent 17 days at Evin Prison, 14 of which were in solitary confinement. After his first period of detention, he described his interrogator’s behavior as respectful and humane. He was arrested a second time on December 19th, 2010, this time by the Intelligence Bureau of the Revolutionary Guards, and was charged with propaganda against the regime. He was detained at Cell Block 2A, which is operated directly by the Guards. He remained in detention until December 28th, when he was released on bail.

In 2012, authorities banned Shargh newspaper after it published a cartoon by Heydari entitled “Blindfolding,” which was thought to reference the headbands soldiers wore during the Iran-Iraq War (1980-1988)—but in Heydari’s cartoon, critics said, the headgear had been replaced with blindfolds. The cartoon, which was published during the commemoration of the war’s “Holy Defense Week”, angered hardline politicians, who accused Heydari, Shargh and the newspaper’s manager of insulting war heroes.

Heydari was summoned to appear in court, where he denied the figures in his cartoon had any link to the war. The court cleared the newspaper of wrongdoing, but the Revolutionary Guards compiled a case against Heydari, which included the majority of the cartoons he produced from 1998 to 2011. The Culture and Media Court interrogated Heydari a number of times and later released him on bail. The case was put before Branch 28 of the Revolutionary Court, presided over by Judge Moghisei, known for harsh sentences against journalists and activists. He sentenced Heydari to a year in prison.

Hadi Heydari is currently artistic director for the Shahrvand newspaper.