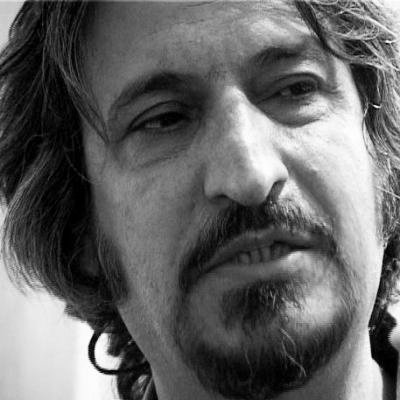 Heshmatollah Tabarzadi, one of Iran’s most well known journalists and a human rights activist, has been repeatedly arrested over the past 20 years for exercising basic civil liberties such as freedom of expression and freedom of assembly.

“The majority of Iranians are unhappy with you [ Supreme Leader] but security forces crush them.”

On December 28th 2009, following the disputed presidential election in Iran, Tabarzadi was arrested and sentenced to 74 lashes and 9 years of imprisonment. He was released in June 2015. However, only a year later, on May 17th 2016, authorities re-arrested Tabarzadi.

Heshmatollah (Heshmat) Tabarzadi has been arrested many times over the past 20 years. Once a staunch supporter of the Supreme Leader Ayatollah Khamenei, he became critical of the regime from 1995. Between 1995 and 2009 he spent a total of seven years in prison.

Tabarzadi took part in the Green Movement protest rallies following the disputed 2009 presidential election and was arrested on December 28th. According to Amnesty International, four individuals claiming to be from the Prosecutor General’s Office carried out the arrest. However, none of them presented an arrest warrant. They confiscated his laptop and personal belongings and took him first to an unknown location and then to solitary confinement at Evin Prison. After a month and a half of solitary he was transferred to Cell Block 209, an area of the prison for political prisoners. In spring 2010, Tabarzadi protested against a series of executions at the prison. Soon after, he was transferred to Katchoui Prison in Karaj and later to Rajaie Shahr Prison, which is known for its inhumane conditions and appalling treatment of inmates.

In September 2010, he was found guilty during a trial that took place at Branch 26 of the Revolutionary Court, presided over by Judge Pir Abbasi. Judge Pir Abbasi, who in April 2011 was placed under sanctions by the European Union for violating human rights, sentenced him to 74 lashes and nine years in prison. He was also banned from participating in any social activity for 10 years. After his appeal, his sentence was reduced to eight years and the flogging was annulled.

In his trial, he reported being beaten, threatened with rape and placed under enormous pressure to confess to having received money from abroad. In April 2011, Tabarzadi and several other prisoners went on hunger strike to protest against prison conditions. When they fell ill, they were not given medical care. On December 22th 2012, he was granted a one-year leave to treat his medical conditions, which included high blood pressure, osteomalacia (softening of the bones), a heart condition and diabetes. However, on January 14th 2014, security agents brought him back to prison. On July 16th, he was transferred from Rajaie Shahr to Evin and a new charge, activities against national security, was added to his indictment.

In a letter to the United Nations secretary-general and Ahmad Shaheed, UN Special Rapporteur on the human rights situation in Iran, 128 journalists and numerous cultural and political figures asked for their help in securing his release. Shaheed’s 2011 report to the UN Human Rights Council references Tabarzadi and his ordeal. According to some observers, the reason Tabarzadi has received such harsh treatment is because of a letter he sent to Ayatollah Khamenei in March 2009; “The majority of Iranians are unhappy with you,” he told the Supreme Leader, “but security forces crush them.”

Tabarzadi was sentenced to eight years in prison, but was released in late June 2015.

In an interview with Journalism Is Not A Crime, one day after his release, Tabarzadi said: "The constitution guarantees freedom of expression, freedom of speech, freedom to belong to political parties, freedom of conscience and freedom of religion. Until we achieve these I cannot remain silent. Writing and talking is my job. I will continue my activities."

But authorities did not leave him alone. On March 12th 2016, Tabarzadi announced on Facebook that he had been summoned to the prosecutor’s office.

“They rang my doorbell today,” he wrote. “Two bearded motorcyclists with faces familiar to many of us said, ‘we are from Evin Prison’s court and we have a summons for Heshmat Tabarzadi.’ I said ‘leave it in front of the door and go. I do not know you and won’t open the door.’ They said I must receive it personally and sign for it. I did not agree and did not open the door. After a while, they came back and rang the doorbell again. They said I should present myself there at 9am on Wednesday; otherwise an arrest warrant would be issued. I said that many arrest warrants had been issued for me. Then they apparently left.”

Tabarzadi added that whether he decides to go to court or not, he will not provide authorities with any information. “I won’t put up any bail and if they arrest me I will immediately go on hunger strike,” he wrote, and continued:

“I will defend my human rights whether I am free or not. Yes, I will talk. I will talk about injustice, tyranny, discrimination, cronyism, and violations of other people’s rights. I will defend the right to freedom of speech, religion, assembly and elections. I will defend the rights of prisoners of conscience, political prisoners and social movements. Do not frighten us with prison, torture and execution. I have given up on everything for years but I have also troubled your sweet dreams. I announce right now that I am a candidate for the next presidential election.”

Then, on May 17th 2016, news emerged that agents of the Intelligence Ministry had rearrested Tabarzadi. His son, Ali Tabarzadi, wrote on his Facebook page that his father had left the house in the morning and had not returned by evening. The reason for the arrest is unclear.