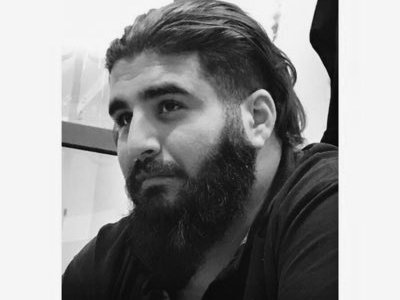 Hossein Ghashghaei is a worker and Twitter activist who criticized the performance of the leaders of the Islamic Republic of Iran on his Twitter account. He was sentenced to two years in prison by Branch 28 of the Islamic Revolutionary Court.

Ghashghaei was arrested on April 3, 2021, and transferred to the Greater Tehran Prison to serve his sentence.

He had previously been arrested by the agents of the Ministry of Intelligence, on November 20, 2018, and was released temporarily ten days later on a bail of 100 million tomans.

Ghashghaei was tried on January 13, 2021 in Branch 28 of the Revolutionary Court of Tehran, presided over by Judge Mohammad Moghiseh. The Twitter user was charged with “insulting the Supreme Leader” and “conspiracy against national security” and was sentenced to a total of three years in prison. According to Article 134 of the Islamic Penal Code, he must serve two years of his prison sentence as it is the most severe punishment among all counts.

In addition to the above case, Hossein Ghashghaei was also sentenced to one year suspended imprisonment in Saveh city court in May 2010 on charges of “propaganda against the regime” in another case, again due to his Twitter activities.