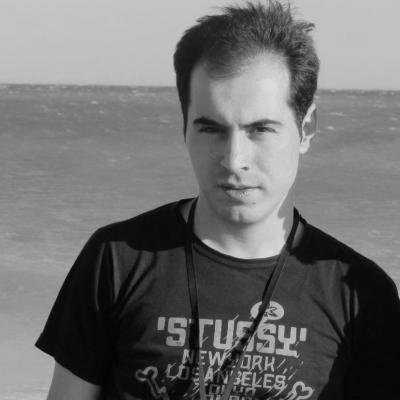 Hossein Ronaghi-Maleki was arrested in 2009 and sentenced to 15 years in prison for his work as a human rights activist and blogger.

“The first day you told me you’d only keep me for 48 hours but you lied and you kept me for 13 months in the security ward and in solitary confinement. When it was time to issue my verdict, you said I wouldn’t get more than two years and I said that I was ready for six years but you lied and I was sentenced to 15 years."

He was first arrested in 2009, and although he was released prematurely in September 2014, he was re-arrested early in 2015. Prior to his arrest, he had been suffering from kidney problems, but his conditions worsened while in prison due to physical abuse and severe medical negligence. On 17th June he was released on medical furlough for critical care, but has since been recalled back to prison. On May 4th 2016, Ronaghi-Maleki was finally released on bail pending a review of his case..

The Cyber Police of the Revolutionary Guards arrested Hossein Ronaghi-Maleki and his brother Hassan on December 11th, 2009 whilst they were at their father’s home – Hossein had protested earlier that year against the results of the disputed presidential elections of 2009. Both were taken to Section 2A of Evin Prison, which is controlled by the Revolutionary Guards, and put under intense physical and mental pressure with the goal of signing a confession.

His brother, who was not politically active, was arrested in order to put added pressure on Hossein to “confess.” His brother was released on bail after spending a month in solitary confinement but Hossein remained in solitary for a total of 13 months. Prior to his arrest, Hossein Ronaghi-Maleki had begun suffering from kidney problems but his condition deteriorated further while in prison due to the physical abuse he endured and a lack of medical care - a medical examiner who examined him said he needed a furlough so that he could receive treatment. However the Revolutionary Guards and the judge overseeing his case ignored the recommendation; Hossein lost one of his kidneys whilst in prison.

The death of Arash Arkan, another person who was detained during the aftermath of the elections, who died from a similar medical condition made Ronaghi-Maleki’s family increasingly worried about him – they said that prison officials held his life in their hands. International human rights activists demanded his release. In protest of a lack of medical care, Ronaghi-Maleki went on repeated hunger strikes. One of them took place in June 2010, which incidentally coincided with a two-week hunger strike that his mother went on after not having had any news about her son for some time; at the time he had been transferred to solitary confinement.

Later that year, he resumed his hunger strike in protest of the pressure he was placed under to ensure he gave a televised confession. In July and August of 2011, when his health was deteriorating fast, he wrote two letters to the prosecutor in Tehran telling him he was unable to access medicine, healthy food or specialized clinical care. Ronaghi-Maleki’s case was sent to Branch 26 of the Revolutionary Court presided by Judge Pir Abbasi. Then, in September 2010, having been in detention for 11 months, a bail was set for his release but the judge in charge of his case prevented it from going forward. In the end, he was sentenced to a total of 15 years in prison. In protest of this, he went on another hunger strike in October of 2010, which led to a critical deterioration in his health and the need to hospitalize him.

Despite appealing the verdict, the appeals court upheld the 15-year sentence and Ronaghi-Maleki was transferred from solitary confinement in Section 2A to communal Ward 350. Eventually, he was granted a medical furlough. During this, he wrote a blog called “The Realities of Life” in which he addressed his interrogator directly. “The first day you told me you’d only keep me for 48 hours but you lied and you kept me for 13 months in the security ward and in solitary confinement. When it was time to issue my verdict, you said I wouldn’t get more than two years and I said that I was ready for six years but you lied and I was sentenced to 15 years. I was sick and you told me that you would take me to the best hospital in Tehran and you would treat me. And I said give me a chance to regain my health and I will be at your service again but you lied like before. You said that I wasn’t your enemy, that your goal was to destroy the Iran Proxy and that you’d done that. You said that you knew 15 years was too much for me and you wouldn’t put me back in prison. I said you decide what happens to me but you lied and put me back in prison.” Ronaghi-Maleki was released from Evin Prison On September 3rd, 2014 possibly on medical leave, before his re-arrest in early 2015.

On June 17th 2015, the young Iranian was temporarily released on a bail of 1.4 billion tomans (about US$500,000) due to health complications. But, despite his deteriorating medical condition, and against doctors’ recommendations, the prosecutor’s office ordered him to return to prison by January 18th, 2016. Addressing him in a letter, authorities told Ronaghi-Maleki that if he did not return to Evin Prison he would not get his bail money back.

On January 20th 2016, Ronaghi-Maleki returned to Evin Prison. ”Might be my last post,” Ronaghi-Maleki wrote on Twitter on January 19. “But I’m determined to gain my freedom because I’m innocent.”

Since his return to prison, authorities denied him medication and repeatedly refused to hospitalize him. On March 5th, he was transferred to an outside clinic, but was returned to prison after just two hours.

On March 26th 2016, Ronaghi-Maleki went on a hunger strike in prison. “He started a hunger strike because his medication has been withheld from him since his return to prison. And he is protesting his imprisonment because his sentencing is illegal according to revised laws,” Laleh R, a close friend of the blogger, told Journalism Is Not A Crime. “I told him he would die, as his body can’t handle it,” she said. “His response was that the status quo is a slow death sentence anyway. A hunger strike will speed things up, he said, but at least he wouldn’t go without a fight.”

On March 27th, Ronaghi-Maleki’s parents traveled to Tehran to follow up on his case, but the prosecutor’s office refused to take action.

“The doctor has prescribed MRI [Magnetic Resonance Imaging] for him but authorities have taken no action,” Hossein’s mother, Zoleikha Moussavi, said in an interview with Kaleme. “The tests have shown that Hossein has infected and swollen kidneys and that his spine has been damaged. Evin’s doctor says the prison clinic lacks the necessary facilities, and that he must be treated outside the prison, but there has been no response. Even the Legal Medical Examiner has written a letter saying that Hossein must be treated in hospital, but they say the Revolutionary Guards are preventing Hossein’s transfer to an outside medical facility.”

“I hope authorities do the right thing and reduce his unjust 15-year sentence so he does not have to serve any more time,” Ronaghi-Maleki’s friend Laleh R said. “According to the law, he is eligible for a pardon because of his health.”