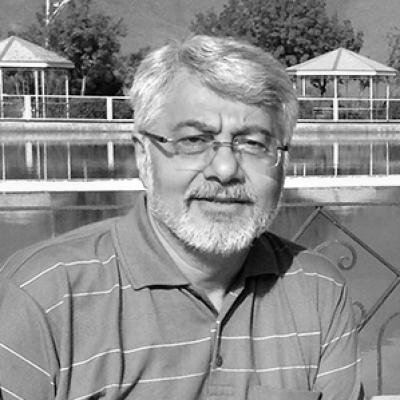 Journalist and political activist Isa Saharkhiz has faced multiple arrests and has been repeatedly targeted by Iranian authorities for at least a decade.

"On a cold night— it was 6 degrees Celsius—I was taken to the rooftop of Cell Block 209 without any warm clothes, shoes or socks. This punishment led to serious medical problems for me, including liver and lung trouble, which I still suffer from. "

He was beaten and imprisoned in the aftermath of the 2009 presidential election. After four years in prison, including several months in solitary confinement, he was released in October 2013. But Saharkhiz remained outspoken in his criticism of the Iranian authorities, and consequently he was arrested again on November 2nd 2015. He was released from prison in April 2017, but faced further charges shortly after his release and returned to jail. He was later released in June 2017. In October 2017, he was blocked from leaving the country to visit family abroad.

On November 2nd 2015, Isa Saharkhiz was arrested for “insulting the Supreme Leader” and “propaganda against the regime.” A post on Saharkhiz’s Facebook page, which was run by his family while he was incarcerated, reported his detention and shared a photo of the search warrant for his home.

In an interview with Journalism Is Not A Crime, Saharkhiz's son, Mehdi Saharkhiz, who is based in New Jersey, USA, spoke about the sudden arrest of his father, who despite his critical health condition vowed to go on hunger strike. He also expressed his view that the 2015 arrest was part of a larger crackdown on journalists and activists before the 2016 parliamentary elections in Iran.

“My father wasn’t doing anything,” Mehdi Saharkhiz said. "He was posting on Facebook, maybe talking in different groups, and writing articles for different websites. He was just putting his opinion out there, which according to the Iranian constitution is his right to do. This arrest is completely illegal; it doesn’t have any basis. There is absolutely no evidence presented as to what these charges are based on."

Besides Isa Saharkhiz, at least three other journalists were arrested in early November 2015 and allegedly accused of being members of an “infiltration network” colluding with hostile Western governments.

Saharkhiz's trial was scheduled to take place on March 8th 2016, but was postponed by the court.

The same day, the Human Rights Activist News Agency reported that Saharkhiz had been transferred from Evin Prison’s Ward 2A – a ward controlled by the Revolutionary Guards that is mainly used to hold political prisoners in pretrial detention – to Evin’s Ward 8, reserved for financial offenders.

Saharkhiz, who suffers from severe kidney problems and heart disease, went on several hunger strikes after his arrest in 2015, protesting against prison conditions and the fact that there had been no progress on his case. According to his family, he lost 20 kilograms in weight between late 2015 and early 2016 while in prison. On February 19th 2016, Saharkhiz was transferred to solitary confinement without explanation.

Saharkhiz was kept in solitary confinement for several months, and in March 2016, security guards raided his cell and physically assaulted him.

He was sentenced to three years in prison on August 9th 2016, on charges of "insulting Iranian officials" and "propaganda against the regime." On September 17th 2016, Branch 28 of the Islamic Revolution Court notified his lawyer of a reduction in his sentence to 21 months’ imprisonment.

Isa Saharkhiz had already spent four years in prison. He was first arrested in 2009 in the aftermath of the disputed presidential election. Following his release in 2013  – despite facing ongoing pressure – he spoke to IranWire about his detention and the conditions in Evin Prison:

“There is evidence that my name was on a list of people whose arrests were planned before the fraudulent election in 2009 got underway. There was a vast operation to arrest us, which started shortly after the polls closed at 11pm on Monday June 12th. My own arrest was delayed due to my many trips and my frequent absences from my home and office. I was summoned to the Intelligence Ministry by phone but I was absent at the time and could not report to them as requested. A few hours after Ayatollah Khamenei’s speech at Friday Prayers on June 19nd, there was a lot of focus on the interviews I’d done with foreign Persian-language TV and radio networks and their correspondents in Iran. My arrest was a priority, so much so that Saeed Mortazavi, Prosecutor General of Tehran at the time, came to arrest me personally. The police tried to lure me to the prosecutor’s office so they could arrest me there but it didn’t work. Next, they raided my home and my office close to Vanak Square on Sunday June 21nd and Monday June 22nd. They confiscated some of my personal items and papers. It took them three weeks.

“I was arrested on the morning of Friday July 3 in a village near the town of Royan. Intelligence Ministry agents had a warrant issued by the Mazandaran province attorney general. During the arrest, the eight officers beat me repeatedly. My ribs were broken, my left shoulder tendon was damaged and my body, especially my sides and my wrists, were covered with red, purple and black spots. I was kept in Cell Block 209 at Evin Prison until a few days before the Iranian new year on March 21, 2010. I was not tortured but I was kept in solitary confinement, from three to four months in cells 31, 51, 42, and so on, to two weeks in cell 75, and eventually a month and a half in cell 127.

“I was seriously sick and was prone to fainting so often they assigned a cellmate to me so he would report to them if I fainted and they could take me to the prison’s clinic. Of course, most of the time my cellmates were not political prisoners. They were in for drug smuggling or were accused of being part of a pyramid scheme called Gold Quest. After five months in solitary confinement, I was moved to a four-prisoner cell. One of my cellmates was a Kuwaiti man affiliated with al-Qaeda. Only when the prison was overcrowded would they would put me next to ordinary prisoners. After an incident on February 6, 2010, I was given additional harsh punishment. On a cold night — it was 6 degrees Celsius — I was taken to the rooftop of Cell Block 209 without any warm clothes, shoes or socks. This punishment led to serious medical problems for me, including liver and lung trouble, which I still suffer from. As I was injured during my arrest, from the moment I arrived at Evin Prison, I requested to be sent to forensics so that I could provide evidence of torture as part of my complaints against the Supreme Leader, the president and the intelligence minister. I told interrogators that this request was a condition for answering interrogators’ questions. As a result, my interrogations consisted of a few short sessions.

“They kept me in solitary confinement and I was not sent to court for about two years. Because I was arrested in northern Iran, they sent me to the Noor county court in Mazandaran. The judge did not know anything about my case so he set a bail of 20 million tomans (about $7,600). During my detention I had not been given any furloughs so there was no reason to increase the bail until I was released. After serving my three-year sentence — two years for insulting the Supreme Leader and one year for propaganda against the regime — I remained in jail. Instead of releasing me, prosecutors reopened 10-year-old cases against the newspaper Akhbar-e Eghtesad and the magazine Aftab, for which I worked. The cases were supposed to have expired by then, but a new two-year sentence was issued. The defense attorney objected that the two similar charges — I was charged with propaganda against the regime again— did not merit two sentences. The sentence was reduced to a year and a half, but the implementation of the sentence was delayed for two months until October 6, 2013. In effect, I was released from the prison’s infirmary after a delay of three and a half months, taking into account the furloughs to which I was entitled.”