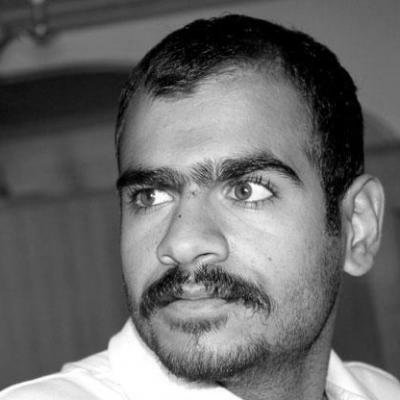 12 years imprisonment, 74 lashes of the whip, two years compulsory exile in Salas-e Babajani County, two-year travel ban, two-year ban on the membership in any political or social, groups, parties or associations and a two-year ban on media activity

Kasra Nouri is a Gonabadi Sufi Dervish, Sufi rights activist and the manager of the Majzooban-e Noor news website which focuses on Iranian Gonabadi Sufi Dervish affairs. He has previously been arrested and imprisoned on four different occasions, the most recent of which was related to a story about the Sufi Dervish protests that took place in Tehran in February and March 2018.

At the time of his arrest he was aged just 21 years old. On April 24, 2013, after having spent 15 months in temporary detention, Branch 3 of the Islamic Revolutionary Courts sentenced Nouri to four years and four months imprisonment. He was subsequently transferred to Adel Abad Prison in Shiraz in order to serve his prison sentence. Kasra Nouri was released on October 30, 2015.

Kasra Nouri’s most recent and current arrest was related to the events of the Haftom-e Golestan Protests, also known as the  2018 Dervish Protests, during which Kasra and a number of other Sufi Dervishes were assaulted, beaten and arrested.

Nouri served a sentence at Evin Prison, where he has gone on repeated hunger strikes to protest against prison conditions for dervishes. The Prosecutor General of Tehran also arrested Nouri’s mother and his two brothers to intimidate and put pressure on Nouri.

The three members of Kasra’s family have since been released from prison. However, no form of pardon or amnesty has been granted in Kasra Nouri’s case and he is still currently in prison.