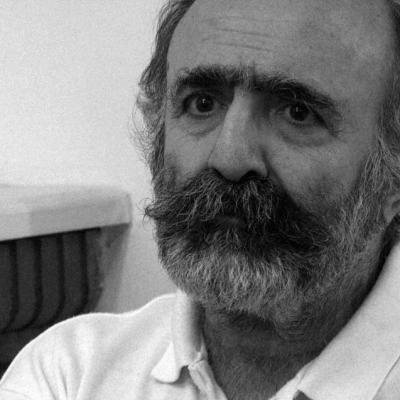 Journalist, editor-in-chief of Iran Farda publication and director of the now-suspended Nameh publication

Keyvan Samimi is a journalist, political activist, director of the now-suspended Nameh monthly publication, editor-in-chief of the Iran Farda publication and a member of the Council of National-Religious Activists of Iran.

Keyvan Samimi is a journalist, political activist, managing director of the now-suspended Nameh monthly publication, editor-in-chief of the Iran Farda publication and a member of the Council of National-Religious Activists of Iran.

Samimi was arrested following protests after the disputed 2009 presidential elections and sentenced to six years imprisonment. He was released from Evin Prison after completing the entirety of his prison sentence in 2015.

He was arrested for a second time on International Labor Day, May 1, 2019, but was released from prison on bail shortly afterwards. Samimi’s trial was heard in Branch 26 of the Revolutionary Courts and he was initially sentenced in absentia to five years imprisonment. This sentence was reduced to a three year prison sentence following appeal hearings in the Court of Appeals.

On June 13, 2009, a day after the controversial presidential election, Samimi was arrested by security forces at his home. He was forced to endure 120 days of solitary confinement after which he was transferred to Section 350 of Evin Prison.

Samimi was tried on February 2, 2010 in Branch 26 of the Revolutionary Courts. He was sentenced to six years in prison and a lifetime ban on media and political activity.

The accusations made against Samimi in this case were ‘‘propaganda against the state” and “gathering and colluding with the intention of undermining national security.” The evidence used to support these accusations was his “participation in demonstrations” and “publishing statements against the peaceful nature of the elections.”

Samimi appealed against the lower court’s ruling and his case was referred to the Court of Appeals. His appeal was heard in Branch 54 of the Court of Appeals for the Province of Tehran, which ruled that his six-year prison sentence should be upheld, but that his lifetime ban on political activity should be reduced to a 15-year ban.

During his time in prison, Samimi also protested and filed a complaint over the living conditions in Section 350 of Evin Prison. This complaint resulted in his transfer from Evin to the Rajai Shahr Prison in Karaj, on November 29, 2010, as a form of punishment, with Rajai Shahr Prison having comparatively worse sanitary and living conditions for prisoners. Samimi was 65 years old at that time.

During his imprisonment, Samimi wrote several letters to state officials including Ayatollah Ali Khamenei, Iran’s Supreme Leader, and Hassan Rouhani, as he was about to assume the presidency, warning them of their wrongdoings.

Samimi, who suffers from heart disease, stomach complications and arthritis in his knees, was hospitalized in the Shariati Hospital in Tehran in May and November 2013, before being transferred back to Rajai Shahr Prison.

On May 16, 2015, Keyvan Samimi was released from Rajai Shahr Prison after having completed his six-year prison sentence.

On May 1, 2019, International Labor Day, a number of civil society, political and press activists, who were gathered opposite the Islamic Consultative Assembly Buildings, were arrested. Keyvan Samimi was among those detained.

Following his arrest, Samimi was detained in Section 209 of Evin Prison, which is affiliated to the Ministry of Intelligence, but he was later released from prison on temporary bail on June 17, 2019.

Samimi published the charges filed against him in a post on his Telegram channel. They included “gathering and colluding with the intention of committing actions against national security,” “disturbing public opinion and peace,” “propaganda activity against the state,” “insulting the Supreme Leader of Iran” and “insulting Imam Khomeini,” the founder of the 1979 Islamic Revolution.

These court hearings took place on March 4, 2020, in absentia, without either Samimi or his defence lawyer present, in Branch 26 of the Revolutionary Courts of Tehran presided over by Judge Iman Afshari.

On April 20, 2020, Samimi announced in a post on his Telegram channel that Branch 26 of the Revolutionary Courts had sentenced him to 5 years imprisonment.

In the post on his Telegram channel, Samimi wrote about the basis for the accusations in the court’s judgement, saying, “The establishment of the illegal Freedom Party of the Iranian People’ (from over 22 years ago!), being the editor-in-chief of the Iran Farda publication (even though the Ministry of Intelligence, the Ministry of Culture and Islamic Guidance and the Judiciary all issued a monthly publishing license for Iran Farda!), uploading content online in support of the Great Satan [the United States], giving speeches and inciting audiences, defending political prisoners and activities in the illegal International Labor Day gatherings.”

In these legal hearings, Keyvan Samimi was sentenced to five years imprisonment on the charge of ‘gathering and colluding’ and to one year imprisonment on the charge of ‘propaganda activity against the state.’ As the court issued his sentence in absentia, Samimi protested against the judgement and filed a request for a retrial. On May 18, 2020, the court retried Samimi’s legal case.

On June 14, 2020, Samimi announced that he had been sentenced to three years imprisonment on the charge of ‘gathering and colluding with the aim of committing actions against national security.’ In a post  on his Telegram channel, he stated that he would request that the court’s verdict be heard in the Court of Appeals.

This sentence was issued in Branch 26 of the Revolutionary Courts of Tehran, presided over by Judge Iman Afshari.

On July 28, 2020, Branch 36 of the Court of Appeals of Tehran Province, presided over by Judge Ahmad Zargar, upheld the court of first instance’s sentence in its entirety.

Following the publication of this news, the Association for the Defence of Press Freedom issued a statement on July 31, 2020 in which it stated that the verdict against Samimi was a miscarriage of justice and that Samimi’s sentence was the result of an illegal and unacceptable judicial process.

According to a summons issued through the Iranian Judiciary’s Electronic Notification System on August 19, 2020, Keyvan Samimi was informed that he would be required to report to Branch 1 of Enforcement of Sentences Section of the Prosecutor’s Office of Evin (also known as the Shahid Beheshti Judicial Complex) within five days.

Samimi announced this news in a post on his personal Telegram channel, in which he wrote: “On Monday [August 24, 2020] I must go to prison. The security forces, who want to ensure that they stay in control of my legal case, still think that they can create fear and intimidation and undermine the peaceful protests of the poor by imprisoning an old National-Religious activist who publicly defends demand driven social movements.”

On December 7, 2020, Mostafa Nili, Samimi's defence lawyer, announced in a post on his Twitter page that Samimi had been arrested and transferred to prison after being summoned to the Branch for the Enforcement of Sentences.

Keyvan Samimi has been sentenced to three years in prison.