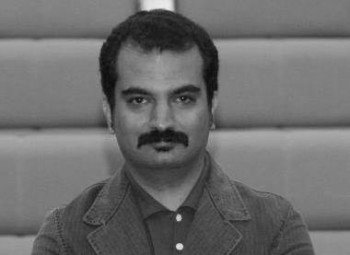 Khosrow Sadeghi Boroujeni is a journalist and a labor and social welfare researcher. In recent years, Boroujeni has researched and published a number of articles on neoliberalism and political economy in Iran.

Khosrow Sadeghi Boroujeni is a journalist and a labor and social welfare researcher. In recent years, Boroujeni has researched and published a number of articles on neoliberalism and political economy in Iran.

On May 8, 2019, Boroujeni was summoned to Branch 2 of the Prosecutor’s Office of Evin Prison to give a statement. He was subsequently arrested. Five days later, on May 13, he was released on a bail of 300 million tomans.

Following a Court of Appeals hearing on June 13, 2020, Payam Aboutalebi Zanozi, Boroujeni’s defense lawyer, announced that his client’s sentence had been reduced to seven years imprisonment, but that this sentence had been finalized.

According to the verdict issued by Branch 36 of the Court of Appeals for Tehran province, presided over by Judge Ahmad Zargar, Boroujeni was sentenced to five years in prison on the charge of “gathering and colluding against national and external security” and two years in prison on the charge of “insulting the founder of the Islamic Republic.” In accordance with Article 134 of the Islamic Penal Codes, only five years of the total prison sentence is enforceable against Boroujeni. The Court of Appeals also acquitted him of the charge of “propaganda against the state.”

On July 1, 2020, Zonouri, the defense lawyer, spoke about Boroujeni's case in an interview with InsafNews, saying: “Giving an expert opinion from someone who is considered to be a specialist cannot be considered to be evidence of ‘propaganda against the state’ or ‘gathering and colluding.’ Likewise, a journalist writing an article or being a member of a Telegram channel is not an act of ‘gathering and colluding.’ This is not intentional unity; nor is it clear for what security crime they are alleged to have been colluding. Collusion is a secret act. How is it possible for someone to write openly online under his own name and then be convicted of gathering and collusion? This is not compatible with the simplest logic of the Persian language, and this was not the intention of the legislator. When individuals work secretly, for example, committing a terrorist act, but they are arrested before they are able to commit the act, then it should be considered an act of gathering and collusion.”

On August 18, 2020, Sadeghi Boroujeni was arrested while traveling in the West Azerbaijan province of Iran. After spending 23 days of temporary detention in prison, he was transferred to Evin Prison to serve his five year prison sentence.

Over the past few years, Khosrow Sadeghi Boroujeni has written and published numerous articles on neoliberalism and Iran's political economy. He has also written several books. The volume “Neoliberalism in Critical View” is a collection of his articles, published by H&S Media in the United Kingdom. Another text, “Globalization and Inequality,” was published by Porsesh Publications in 2011.

Sadeghi Boroujeni suffers from lumbar disc disease. He needed to go to the hospital for a medical examination on December 7, 2020 but judicial officials prevented him from being taken to hospital.

The journalist has repeatedly asked judicial officials to send him to a hospital for medical treatment or let him take medical leave, but all his requests were rejected.

Sadeghi Boroujeni’s book, Neoliberalism, in Critical Views, is a collection of his articles published by H&S Media in the United Kingdom. His book “Globalization and Inequality” was also published by Ghalam Publications in 2011.