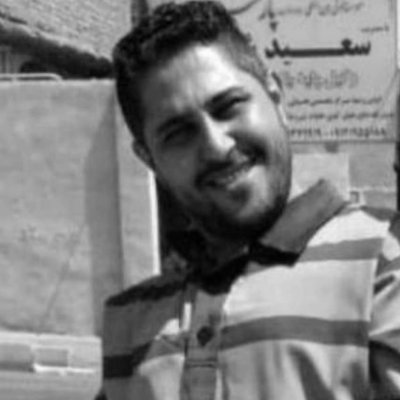 Kianoush Salatini is a social media activist on Telegram and a futsal coach in Tehran. He was arrested by agents from the Intelligence Organization of the Islamic Revolutionary Guards Corps (IRGC) and sentenced to 19 and a half years' imprisonment on charges of operating a Telegram channel and publishing political content.

On January 8, 2018, Salatini was arrested by security forces at his place of work while he was coaching at the futsal hall in Ghiamdasht, Tehran. He was then transferred to Section 2A of Evin Prison.

While he was being interrogated, Salatini was forced to endure 22 days in solitary confinement and 34 days in the general holding cells of Evin’s Section 2A. After his interrogations, he was transferred to Section 4 of the prison.

Two months after his arrest, Salatini was transferred to Branch 15 of the Revolutionary Courts of Tehran to attend his trial. When he appeared in court, he was insulted and verbally abused by the presiding Judge Salavati, and his trial was adjourned until the following year.

Salatini was also sentenced to 80 lashes of the whip, a two year travel ban and a two year ban on any online activity.

On November 6, 2018, Branch 36 of the Court of Appeals of Tehran, presided over by Judge Babaei, an advisor to Judge Zargar, upheld the lower court’s verdict against Salatini.

An informed source, speaking to the Human Rights Activists News Agency about Salatini's case on January 7, 2019, said: “The evidence used to support some of the accusations against this prisoner [Kianoush Salatini], including ‘blasphemy’ and ‘insulting the Supreme Leader of Iran’, were pictures that were obtained after retrieving information from his mobile phone. Kianoush Salatini only saw these photos once, they were then … deleted."

According to Article 134 of the Islamic Penal Code, seven and half years in prison, the longest of the punishments for a single charge, will be enforceable against Kianoush Salatini. He is currently serving his prison sentence in Evin Prison.