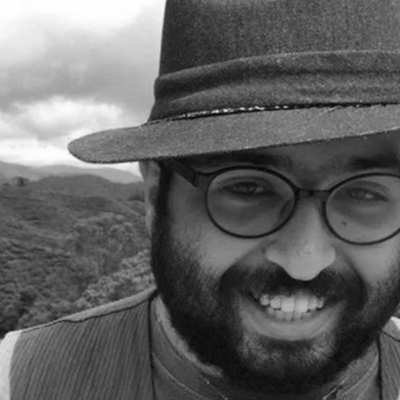 23 years and nine months’ imprisonment; 11 years of the sentence is enforceable

On August 26, 2018, Kiumars Marzban, a 26-year-old satirist, was arrested by agents of the Intelligence Protection Organization of the Revolutionary Guards after returning to Iran after a period abroad. The following year he was sentenced to 23 years and nine months in prison. The sentence was later reduced to six years with a pardon.

One source close to Marzban spoke a short time after his arrest in an interview with the Campaign for Human Rights in Iran, saying, “Kiumars was a lover of writing and over the past few years, although he is very young, he has grown greatly in this field. He has no political affiliation to individuals or political groups and his only concern was writing and literary activities. It is shocking that Kiumars was arrested.”

Marzban was subjected to a trial that took place over two court hearings in Branch 15 of the Revolutionary Courts under Judge Salvati. The first session took place on March 4, 2019, and the second session took place in July 2019. In late August 2019, Mohammad-Hossein Aqasi, Marzban’s lawyer, released a statement which stated that Marzban had been sentenced to a total of 23 years and nine months imprisonment.

After this, the lawyer Aqasi requested an appeal of this severe and unjust ruling, also requesting that he and his client be allowed to appear in court so that they could have a final opportunity to present a defence.

Despite this, the appeals court heard the case without their presence and the ruling was upheld without any amendments.

Marzban’s lawyer, after the release of the final verdict of his client, said to Journalism is Not a Crime that his client did not deserve to receive such a ruling because his accusations were inconsistent with reality.

Aqasi said: “My client is completely undeserving of such a conviction. The proof for the accusation that he collaborated with the ‘hostile American state’ has no basis in reality. Likewise, the other accusation of ‘blasphemy’ that was introduced in relation to Marzban’s writings has no grounding in reality or with the content of his writing. My client was completely undeserving of such a judgement.”

Kiumars Marzban is currently imprisoned in Section 7, Hall 12 of Evin Prison, the section of the prison where the majority of detainees are dual-nationals or Iranians who are accused of having collaborated with hostile countries. Others such as Ahmad Reza Jalali, Massoud Mosheb, Anoush Ashouri, Kamran Ghaderi are also imprisoned in this section.

In late November 2019, the Supreme Leader of Iran requested that Ebrahim Raesi, the judiciary head, granted a pardon to a number of journalists and artists including Kiumars Marzban, Pegah Ahangarani, Saba Azarpik, Pouria Alemi, Hossein Jannati and Hossein Ghadiani.

Prior to the pardon, in accordance with Article 134 of the Islamic Penal Code, Marzban was required to serve the majority of his 11 year imprisonment on the charge of collaborating with the United States.

Following the announcement of his pardon, Marzban’s lawyer announced that only five of the 11 years would be included in the pardon and that he would still be required to serve a six-year prison sentence.

With the outbreak of the Corona virus in the country and the danger of its spread in prisons, Marzban went on leave on April 7, 2020. He returned to Evin Prison on June 21 to continue his six-year prison sentence.

Marzban was released from Evin Prison on parole on February 24, 2021, after serving two years and six months. Marzban's lawyer, Mohammad Hossein Aghasi, told Journalism is Not a Crime that his client's sentence had been suspended for a year and a half.

The lawyer said that Kiumars Marzban will continue writing.