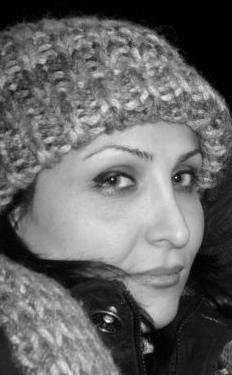 One year in prison and four years suspended sentence

Laleh Hasanpour, a blogger and human and women's rights activist, was arrested at her father's home in Tehran by the Revolutionary Guards on March 16, 2010. She was taken to Section 2A of Evin Prison.

Hasanpour’s arrest was part of a larger wave of arrests of human rights activists that began on March 2, 2010.

She was forced to spend 70 days in solitary confinement, during which she was interrogated and coerced in an attempt to force her to give a televised confession against herself. But on June 2, 2010, Hasanpour was released from prison on a temporary bail of 100 million tomans until her case could be referred to court.

Media reports in May 2011 suggested that Hasanpour had been able to talk to her family by telephone while in detention, during which she said she was under intense pressure to give a televised confession. Her family also told reporters that she had protested against abuse by prison guards and was subjected to even more punitive coercion as a result.

Hasanpour’s case was heard in Branch 26 of the Revolutionary Court of Tehran presided over by Judge Pirabbasi. She was sentenced to five years in prison, a year of which was to be enforced, with four years suspended, on charges of “gathering and colluding” and “propaganda activity against the state.” Her sentence was upheld in April 2011 in Branch 36 of the Tehran Court of Appeals.

On April 17, 2011, Hasanpour received a written summons to report to Evin Prison to serve her prison sentence. She began her sentence on April 23, 2011.

Four months into her imprisonment, on August 18, 2011, Hasanpour faced fresh accusations from Branch 3 of the Revolutionary Court of Tehran, located in Evin Prison, and she was charged with three new accusations of “insulting the Supreme Leader,” “blasphemy” and “insulting the President of Iran.”

Hasanpour had been previously charged with “actions against national security” by joining a campaign that opposed the execution of juveniles, as well as because of her membership of the Human Rights Activists of Iran (HRA) group, and for participating in protests. She was accused of “blasphemy” for publishing an article on her blog entitled “What does Islam mean in Iran?” that discussed writings by the writer Sadegh Hedayat.

On August 28, 2011, Hasanpour was included on a list of pardons issued by Iran’s Supreme Leader Ayatollah Ali Khamenei, and was consequently released from Evin Prison along with a number of other prisoners.