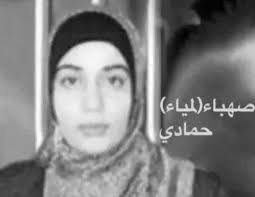 Lamia Hamadi is a poet, writer and social media activist from the city of Susangerd in Khuzestan province. She writes in Arabic and has two young children.

Hamadi was arrested by agents from the Intelligence Organization of the Islamic Revolutionary Guards Corps (IRGC) after an attack on a military parade in the city of Ahvaz. She was charged with “insurrection” and “committing actions against national security.”

On September 22, 2018, a group of armed gunmen carried out an attack on an Armed Forces Parade that was taking place in the city of Ahvaz, Khuzestan Province. The parade was part of an annual commemoration known as the Sacred Defence Week, commemorating the start of the Iran-Iraq War in 1980. Twenty-five people were killed and more than 70 were injured in the terrorist attack.

Hamadi was eventually released on bail, on March 27, 2020. She was allowed to remain on release until the end of the legal proceedings in her case.

The Revolutionary Courts of Ahvaz sentenced Lamia Hamadi to seven years imprisonment. On December 30, 2020, her sentence was enforced and she was returned to Sepidar Prison to serve her prison sentence.

Lamia Hamadi is known as “Sahba” by her fellow inmates. Sepideh Qalyan, a labor activist who has been imprisoned in Sepidar Prison for some time, wrote in one of her accounts on the conditions in the prison about Hamadi and the torture she has faced. Qalyan wrote: “They [prison officers] are beating Sahba and the others again … Sahba cries because her interrogations never end.”

Armed insurrection against the government and the principles of the Islamic Republic of Iran is, in accordance with the Islamic Penal Codes that were ratified in 2013, considered to be a "hadd" or "hudud" crime; these are crimes that, under Sharia law, have a specifically mandated punishment by God in the Quran. The charge of "insurrection" is punishable by imprisonment and the death penalty.