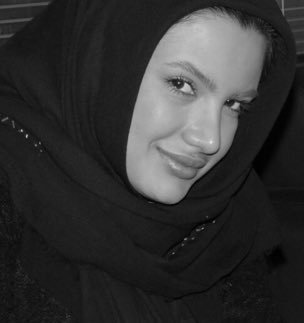 Maryam Ebrahimvand is a writer, film director and producer who was arrested at her home in Tehran by agents from the Intelligence Protection Organization of the Islamic Revolutionary Guards Corps (IRGC) in September 2016, because of her work on the film September 24, which examines Mohsen Haji Hosseini Kargar and his death during the Mina Stampede, in which a number of pilgrims to were killed. After her arrest, Ebrahimvand was transferred to the IRGC Intelligence Organization detention centre in Section 2A of Evin Prison.

Maryam Ebrahimvand, a writer, film director and producer, was born in 1991 and has worked as a producer for films such as The Satire of Love, We Are All Alone and The Girls’ Boarding House. In addition to her filmmaking work Ebrahimvand is also known for her candidacy for the 2017 Iranian presidential election, for which she was one of the few registered female presidential candidates.

Ebrahimvand was arrested at her workplace in Tehran by agents from the Intelligence Protection Organization of the Islamic Revolutionary Guards Corps (IRGC) in September 2016, because of her work on the film September 24, which examines Mohsen Haji Hosseini Kargar and his death during the 2015 Mina Stampede. More than 700 pilgrims were killed in Mina, near Mecca, Saudi Arabia, in this stampede. After her arrest, Ebrahimvand was transferred to the IRGC Intelligence Organization detention centre in Section 2A of Evin Prison.

After enduring 35 days in solitary confinement, Ebrahimvand was released from prison on a bail of 300 million tomans, which had to be paid in cash, at the end of the investigation against her.

Nearly two years later, on July 22, 2018, Maryam Ebrahimvand was summoned to Branch 4 of the Culture and Media Prosecutor’s Office. She was subsequently arrested and transferred again to Evin's Section 2A.

After a month, after her interrogations and being issued with a 10 billion toman bail, Ebrahimvand was transferred to Qarchak Prison in Varamin. On March 14, 2020, she was transferred back to Evin Prison without warning.

On April 20, 2020, Ebrahimvand, who had been detained since July 2018, went on hunger strike in protest against her continued detention, the uncertain conditions in which she was being held, the denial of her right to see a lawyer and the lack of information concerning her case or the identity plaintiff who had filed the case against her and the nature of the charges. On May 11, 2020, she ended her hunger strike after receiving assurances from officials and after a date was set for her case to be heard in court.

The initial indictment against Ebrahimvand had been issued on May 9, 2020, in Branch 25 of the Revolutionary Courts of Tehran, presided over by Judge Mahmoud Ebrahimi.

During the trial, for which Ebrahimvand was present, albeit without a lawyer, she was officially charged with “spreading lies,” “disturbing the public mind,” “propaganda against the state” and “disruption of public order and peace.”

Ebrahimvand wrote an open letter in which she protested against the conditions she faced in prison and the uncertainty over her legal case.

In an excerpt of the letter, which was published by the Human Rights Activist News Agency (HRANA), she wrote, “What is more important than the seizure of my belongings and my two years of detention and uncertainty is that I was arrested and imprisoned by the Revolutionary Guards in a fabricated case without any evidence provided to support the case. After my arrest and 30 days of detention, my bail was set at 10 billion tomans and I was transferred to Qarchak Prison in Varamin. I repeatedly protested against the high price of my bail but this was ineffective. After a year, a second case was opened against me on the basis of a complaint filed by the Intelligence Organization of the IRGC on the accusation of ‘publishing lies,’ and later a third case was opened against me following a complaint by the Office of the President of Iran on the accusation of ‘publishing lies’ and ‘actions to corrupt and influence [others]’. The Office of the President filed this complaint because of my protests against the conditions for artists and the widespread censorship of films about President Hassan Rouhani during his Iftar [the breaking of the Ramadan fast] Ceremonies in June 2018. After the ceremony, my participation in the Iftar and my response to the President’s irrelevant speech on artists’ issues meant that both the Office of the President and the Intelligence Organization of the IRGC were angry with me, despite the Intelligence Organization already having an open legal case against me. The text of the complaint against me from the Office of the President states that, according to Mr Hassan Hassanpour, who himself has committed financial fraud, I have been charged with ‘publishing lies’ and ‘actions to corrupt and influence’.”

Ebrahimvand wrote a letter to the Supreme Leader of Iran, Seyyed Ali Khamenei, on August 23, 2020, protesting her continued detention, the continuing uncertainty in her case and the unsuitable living conditions in Evin.

In an excerpt of the letter, Ebrahimvand wrote: “If you are not aware of such [mis]treatment and injustice, send officials to Evin Prison to investigate the conditions in the prison and provide evidence of the oppression and injustice. This kind of treatment has made me despair. For the past few years, I have been taking antidepressants, my future is ruined and if nothing is done, I will find a way to end my life so that I can escape this oppression and injustice.” Prison officials did not respond to the letter.

On the night of September 18, 2020, Maryam Ebrahimvand attempted suicide by taking about eighty medical pills. She was taken to Loghman Hospital in Tehran, treated and later returned to prison.

On October 31, 2020, Maryam Ebrahimvand’s lawyer was informed of the court’s verdict in her case. According to the verdict, which was issued in Branch 1059 of the Government Employees’ Court, Ebrahimvand had been sentenced to 10 years and 6 months imprisonment. If upheld by the Court of Appeals, seven years will be enforceable against Ebrahimvand, in accordance with Article 134 of the Islamic Penal Codes.

According to the original indictment in her case, Ebrahimvand was sentenced to seven years imprisonment on the charge of “producing vulgar films,” namely The Girls’ Boarding House and September 24. This was despite the fact that she had received a license for their production from the Ministry of Culture and Islamic Guidance.

The Girls’ Boarding House addresses the issue of sexual assault against girls in Iran and September 24 is a story about the 2015 Mina Stampede.

One informed source who spoke to HRANA about these films said that September 24 had not yet been released. But it was considered to be a vulgar film due to one scene in which one of the individuals, who would later become a victim of the stampede, proposes to their partner. According to the court’s arguments, this scene showing the proposal tarnished the reputation of the victim who Iran's government had named a "martyr". (All victims of the stampede were declared to be "martyrs" after the tragedy.)