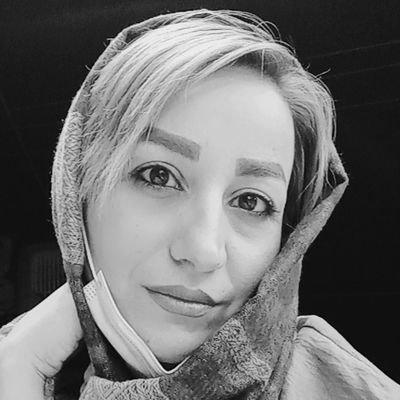 Mehrnoosh Tafian is a media activist from Andimeshk, Khuzestan province. Most of her media activism concerns environmental and labor issues and the marginalized people of the Khuzestan. Some of Tafian's reports have been published by the Mehr News Agency and the Asr-e Jonoob news website.

Tafian was informed of a summons against her by the Prosecutor's Office of Ahvaz, Khuzestan province, on October 25, 2020.

In accordance with these summons, Tafian appeared in Branch 13 of the Prosecutor's Office of Ahvaz on November 1, 2020, to defend herself against the charges filed against her. However, when she reported to the branch of court she was detained by security agents.

Mehrnoosh Tafian posted a picture of her court summons on her Twitter page on October 31, 2020, and wrote: “Wish me luck, my first court hearings is tomorrow! I don’t know what is supposed to happen or what the charges against me are. I also wonder to myself, why me? I wanted nothing more than to see a little justice! No matter how hard it is for you to see and keep your mouth shut, you too can open your mouth!"

Based on these summons and in accordance with Article 170 of the Codes of Criminal Procedure, Tafian was not notified of the charges against her.

According to this article of the Codes of Criminal Procedure, court summonses must stipulate the name and surname of the summoned, the date, time, place of summons, reason for summoning and the result of not obeying the summons. Except “in crimes that, at the discretion of the relevant judicial authority, require that the reason for summons should not be disclosed for the sake of the accused’s social status, public safety or public virtue.” In these cases, the accused can go privately to the office of the judicial authority in order to be informed of the reason for their summons.

In spite of this, Tafian’s visit to the courts on November 1, 2020, resulted in her arrest.

To date, no criminal charges have been officially filed against Mehrnoosh Tafian and no information has been released on her place of detention.