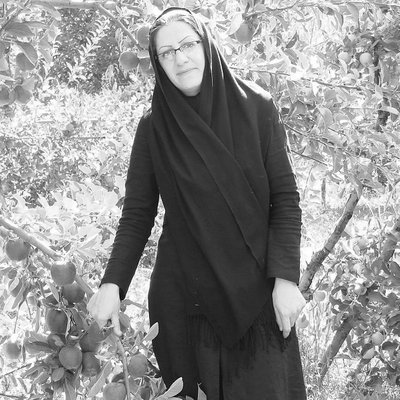 Mojgan Sayami is a journalist, poet and writer from Ardabil. She is also the managing director and editor-in-chief of the Turkish and Persian bilingual weekly journal Sarai. Sayami has been arrested on two occasions because of her work. She is currently imprisoned and has been since her second arrest in April 2019.

Sayami was arrested for the first time on October 22, 2017. Security forces searched her house and detained her for 27 days, after which she was released from prison on bail.

Sayami was arrested by security forces for the second time in April 2019 in Tehran and then transferred to Ardabil Prison.

Mojgan Sayami has been accused of “blasphemy,” “insulting the Supreme Leader of Iran” and “disturbing public opinion,” however, her case has not yet been taken to court.

The Women’s Force for Change website wrote about Sayami’s legal situation, saying, “She is currently being detained in a state of uncertainty in Ardabil Central Prison and has been forbidden from having any visits or contacting anyone outside of the prison. She is not allowed to see her children. The government has also revoked her newspaper’s publication license.”

Sayami has been subjected to interrogation and coercion by the Ministry of Intelligence and the Ministry of Culture and Islamic Guidance has revoked her newspaper’s publication license. She is currently being detained in the Ardabil Central Prison.

Sayami has written and published a number of books including A Book of Arabil, My Eyes are the Prime Suspect, Savalanin Goz Yashi, Yashil Baghin Ouler and Out of Sequence.