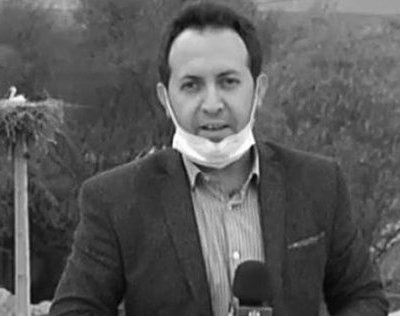 Reporter for the Islamic Republic of Iran Broadcasting (IRIB), head of public relations for the governorship of Piranshahr County

Ribvar (Navid) Seyyed Mohammadi is a correspondent for the Islamic Republic of Iran Broadcasting (IRIB) network in the county of Piranshahr.

On May 2, 2020, agents from the Piranshahr division of the Intelligence Organization of the Islamic Revolutionary Guards Corps (IRGC) arrested Mohammadi and his cousin and transferred them to an unknown location.

According to informed sources who spoke to the Hahangar website, a Kurdish-language site, the house of Navid Seyyed Mohammadi's cousin, a 50-year old named Khaled, was searched by the IRGC intelligence agents after his arrest, and a number of personal belongings were confiscated.

After his arrest, Mohammadi was allowed a short phone call, in which he spoke in Persian and informed his family that he had been arrested.

The reasons for the arrest remain unclear, but security officers have taken Mohammadi to a detention center in Urmia for questioning and interrogation.

On August 6, 2020, the Human Rights website “Iran Briefing” reported that Navid Seyed Mohammadi had been sentenced to seven years in prison on charges of “espionage for hostile states” and was currently serving his sentence in Naqadeh Central Prison. His cousin faces a similar sentence.

The details of Navid Seyed Mohammadi's case and the exact reason for such a verdict have not yet been released by judicial and security officials in Iran.