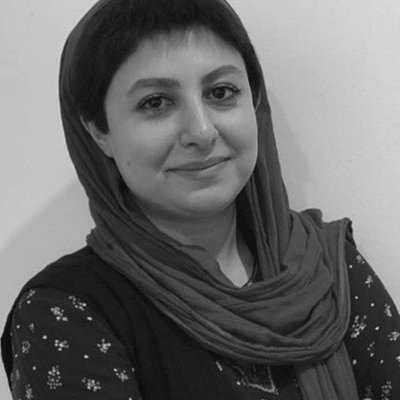 Negar Masoudi is a photographer and documentary filmmaker living in Isfahan. Masoudi holds a bachelor's degree in photography and a master's degree in art research. She has held several solo and group photo exhibitions and directed several short and feature films.

Masoudi was arrested by security forces in Tehran on October 29, 2020, and transferred to Ward 2A of Evin Prison, which belongs to the Revolutionary Guards Intelligence Organization.

During the arrest, security officers searched her father's house and confiscated some of her personal belongings.

In September 2021, Massoudi was summoned to Branch 2 of Evin Court, presided over by Judge Haji Moradi, to present her final defense.

She was charged with "propaganda against the regime" and "conspiring against national security."

No information has been released about the evidence for these accusations.

Masoudi had been following news of acid attacks against women in Isfahan for some time. She held an exhibition of photos of Marzieh Ebrahimi, the last victim of Isfahan acid attacks, titled "Your fate was determined by a god that others worshiped" in July 2018 in Tabestan Gallery at the Iranian Artists' Forum.

In an interview with an Iranian newspaper, Massoudi said: "My view of this issue was through a social lens. I felt that this incident had been forgotten because, when I was looking for Marzieh Ebrahimi, it was very difficult to find her. I began this work with Marzieh because, one, the acid attack was an important topic for me and, two, it was a concern for me that women from Isfahan who were the victims of the acid attack were ignored, s if the place of the perpetrator and the victim had been swapped; and this mattered to me."

Massoudi also met with Nasrin Sotoudeh, a lawyer and human rights activist, to draft a law restricting the sale of acid. The draft was not approved by the women's faction of Iran's parliament.

Among Massoudi's works are photo and video exhibitions such as "I am like a broken clock and I measure my pain accurately," shown in January 2015, and "Do not cross alleys and streets of a bewildered city," shown in December 2016. She also participated in the group exhibition of photographers at the Karun Gallery in Vancouver, Canada in 2012.

Negar Masoudi’s most recent work was a documentary called “Blue is the Color of My World” which addressed issues surrounding autism.