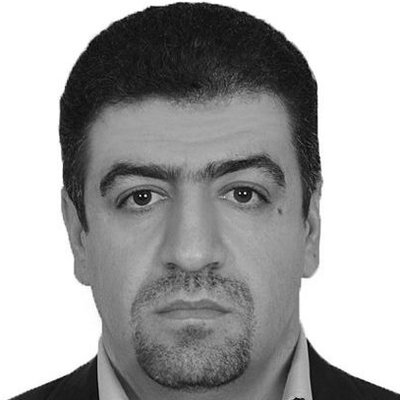 One year in prison

Nejat Bahrami is a journalist and the former deputy director of public relations for the Ministry of Education. He was forced to resign from his position due to pressure from the Islamic Revolutionary Guards Corps (IRGC) Intelligence Organization.

On December 5, 2018, Bahrami was arrested by security agents while leaving his home.

Bahrami was released from prison on bail after a week due to his poor physical condition and high blood pressure.

Two months before Bahrami's arrest, Seyyed Mohammad Batahi, a former minister of education, under pressure from a security agency, publicly called for Nejat Bahrami’s resignation from his position in the Ministry of Education. Bahrami responded to this, saying: “I have done nothing that warrants my resignation. If you believe that it is necessary, dismiss me through the appropriate administrative procedures.”

Shirzad Abdullahi, an expert on issues of Iranian education, published a post on the Teacher’s Voice website, in which he said: “Late last week, Nejat Bahrami, the Deputy Director of Public Relations for the Ministry of Education, was arrested by security forces, most likely the IRGC Intelligence Organization. According to a member of the staff management team, who did not want to be named, about two months ago, Mr. Batahi told Mr. Bahrami that if Bahrami did not resign, he would be arrested by IRGC intelligence services!"

With the continued pressure on him, Nejat Bahrami resigned from his position as deputy director of public relations for the Ministry of Education.

On August 18, 2019, Branch 26 of the Revolutionary Courts of Tehran, presided over by Judge Iman Afshari, sentenced Bahrami to a year in prison, a two year ban on public activities and membership in political parties or organizations, and a ban on the use of smart electronic devices equipment such as smartphones on the charge of “propaganda against the state.”

The lower court’s sentence was completely upheld by Branch 36 of the Court of Appeals of Tehran on April 12, 2020.

Bahrami spoke about the legal case against him with the Iranian Labour News Agency, saying: “During the investigation phase of my case, which took place in May of this year [2019], I was acquitted of ‘gathering and colluding with the intention of undermining public security’ but my case was referred to court for trial on the accusation of ‘propaganda against the state,’ which led to this sentence.”

On May 7, 2020, Nejat Bahrami posted a photo of her young daughter on Twitter with the text: “I have been informed that I will be a guest of Evin Prison at some point over the next five days. I'm not worried about anything. I'm not worried about my blood pressure or about coronavirus. Two weeks of quarantine and isolation there is also not a problem for me. But what you don’t see is that the thought of having to be away from this little chick in the picture, my daughter Hannah. That thought is agonizing.”

On May 12, 2020, when Bahrami reported to the Prosecutor's Office of Evin to serve his prison sentence, Branch 1 of the Enforcement of Sentences Office referred him to a forensic pathologist to examine his physical condition and provide a professional opinion on whether he was able to serve his sentence due to his previous medical records and health problems.

Nejat Bahrami is the author of the book The Development and Market Against Populism. He has also published dozens of editorials and articles in a variety of different Iranian media outlets and journals.