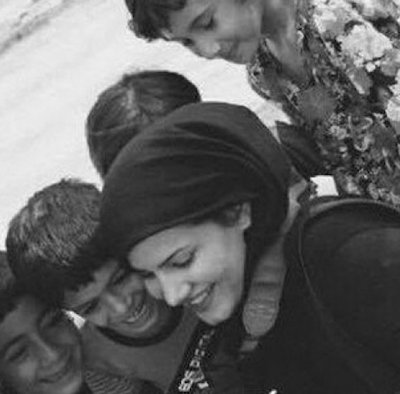 Photojournalist Rahil Mousavi, 22, was arrested and beaten by security agents after she took photographs of a protest rally in the southwestern port city of Khorramshahr.

On December 8th 2016, residents of Khorramshahr staged a rally to protest against potential environmental damage. Security agents arrested a number of protesters at the time, and arrested Mousavi as she was returning home, taking her to the city’s Bureau of Intelligence.

Authorities had announced plans to divert water from the Karun river in Khuzestan to the drought-stricken provinces of Isfahan and Kerman, sparking a series of popular protests in Khuzestan. Environmental activists argue that the policy will not only damage Khuzestan, but will also have negative effects on the Persian Gulf.

It is reported that Rahil Mousavi’s right hand was injured during her arrest, and that security agents forcibly seized her camera.

She remains in prison on unknown charges.