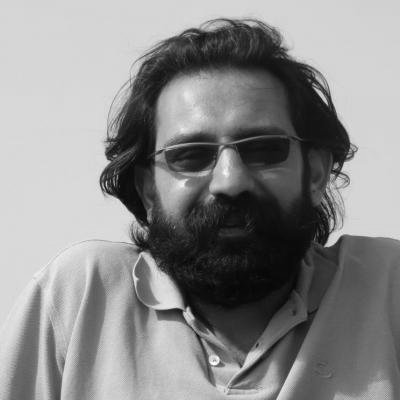 Reza Entesari was given an eight-year sentence for his work as a journalist and Sufi rights activist.

Throughout his detention, he has suffered repeated beatings and was sent to the notorious Rajaie Shahr Prison for protesting against his conditions. It was reported he was recently hospitalized for a heart attack but authorities have apparently ignored his family’s requests for information on his whereabouts.

Entesari was arrested on September 4th 2011 while photographing a gathering of Gonabadi Dervishes, a Sufi order that believes in non-violence and follows a mystic interpretation of Islam. The gathering aimed to publicize the plight of dervishes living in the province of Fars. The Islamic Republic of Iran has repeatedly persecuted Sufis, and this intensified during the presidency of Mahmoud Ahmadinejad, especially following the 2009 presidential election.

Prior to 2009, Entesari worked for the IRIB, but he was subsequently fired. Upon his arrest, he was initially put in solitary confinement at Evin Prison but soon had to be taken to hospital because prison guards repeatedly beat him, breaking his hand and several ribs. After he underwent surgery, he was immediately taken back to his cell against the doctor’s orders, leaving him with a permanently disfigured finger. Entesari endured further mistreatment while in prison, and on October 22nd 2012, he refused to attend a trial as a sign of protest against the illegality of his prosecution. The presiding judge used this refusal as an excuse to stop his medical treatment. After nearly two years in detention, the same “hanging judge” sentenced him to another eight years in prison.

During his sentence, Entesari went on a hunger strike with four other Gonabadi dervishes - he was punished for this by being transferred to the notorious Rajaie Shahr Prison in Karaj. He was eventually returned to Evin Prison, but he was isolated from other journalists and prisoners of conscience and incarcerated with criminals accused of non-political crimes. According to Iranian law, political prisoners and prisoners of conscience are exempt from having to wear prison clothing or shackles during visits. Despite this, prison authorities often force prisoners to wear a uniform, handcuffs and foot shackles during family visits.

In recent months, Entesari has refused to see his family as a protest against this practice. It was recently reported that Entesari suffered a heart attack while in prison and has been hospitalized. The prosecutor’s office have refused to provide his family with any information about what hospital he is being treated at, or about his whereabouts in general.