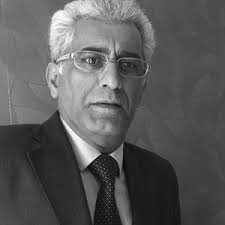 Sabri Hasanpour is an Iranian media activist and presenter of the Simai Rahai Persian-language television channel based outside Iran. He currently lives in the Netherlands. Hasanpour was arrested by the Revolutionary Guards Intelligence Organization in April 2016 after travelling to Iran to visit his family.

Sabri Hasanpour is an Iranian media activist and presenter of the Simai Rahai Persian-language television channel based outside Iran. He currently lives in the Netherlands. Hasanpour was arrested by the Revolutionary Guards Intelligence Organization in April 2016 after travelling to Iran to visit his family.

Hasanpour was arrested at his sister's home in Khorramshahr and transferred to Section 2A of Evin Prison, which is controlled by the Revolutionary Guards.

He was accused of “propaganda against the state” and “actions against national security” because of his media activities outside Iran. According to the International Campaign for Human Rights in Iran, after being held in solitary confinement and interrogated several times, Hasanpour’s case was referred to Branch 15 of the Revolutionary Courts of Tehran, presided over by Judge Abolghasem Salavati. His first court hearing took place in November 2016 – about eight months after his arrest.

A source close to Hasanpour, speaking to the HRA News Agency, said that Judge Salavati repeatedly insulted and abused Hasanpour during the hearing. Hasanpour, who suffers from asthma and heart disease, experienced a deterioration of his physical condition due to the abuse; as a result, the hearing was adjourned without the court reaching a judgement regarding Hasanpour’s case.

In February 2017, Hasanpour was transferred from Evin’s Section 4 to hospital for heart surgery. But he was later denied surgery by prison authorities because he was unable to pay the hospital fees and he was once again transferred back to prison. Hasanpour had been in Evin Prison for 11 months, by that time, without any definitive court sentence being issued in his case.

According to a report by the Center for Human Rights in Iran, on February 19, 2017, security forces transferred Hasanpour from Section 4 of Evin Prison to an unknown location. He was later returned to Evin after an unspecified period of time. But on May 9, 2017, at Evin, Hasanpour went on hunger and medicine strike to protest against the ongoing uncertainty and lack of attention to his court case by judicial officials.

Judicial authorities later agreed to Hasanpour’s conditional release on a bail of 500 million tomans. But despite his poor physical condition, Hasanpour remained in prison due to his inability to meet bail.

But by May 2018, Hasanpour posted new photos on his personal Facebook page, along with comments detailing his release from prison and his return to the Netherlands.

Hasanpour now works as Secretary-General of the Iranian National Congress for the Salvation of Iran. He regularly posts updates and news on his personal Facebook page and on his Instagram account.

Hasanpour has said that the Iranian National Congress functions as a parliament, composed of exiled Iranians from Iran with different political views, as well as a range of philosophers, artists, experts and representatives from different religious and enthic groups, working to create consensus for a new Iranian constitution.