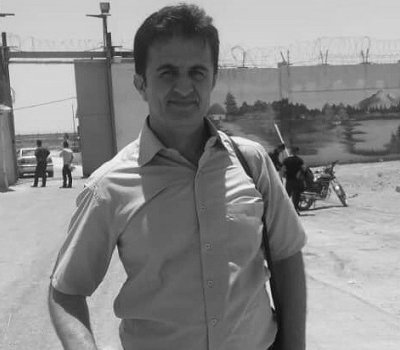 Sakhi Rigi, writer of the blog Baluchistan Glory, was arrested in 2009 and sentenced to 20 years in prison. This was later reduced to a 10-year jail term on appeal.

Sakhi Rigi, the author of the blog Baluchistan Glory, was arrested in 2009 and sentenced to 20 years in prison. This was later reduced to a 10-year jail term on appeal.

On June 18, 2009, Rigi, who was 31 at the time, was arrested in Zahedan, capital of Iran’s Sistan and Baluchistan province, though details of the case against him were never disclosed to the media. The initial 20-year jail sentence was one of the most severe sentences to be handed down to a blogger in Iran.

Reporters Without Borders said at the time that Rigi was “a victim of Iran’s unjust court system.”

Foreign media coverage was reportedly one of the reasons that the court issued such a severe sentence against him. Rigi shared a surname with Abdul-Malik Rigi, leader of the armed Sunni Muslim group Jundallah, which opposes the Islamic Republic of Iran. Rigi was tortured and coerced into confessing that he was affiliated with the group.

Rigi was charged with waging a “war against God and the state” by collaborating with Jundallah, “insulting state officials,” “spreading falsehoods” and taking other “actions against the state.” He was also fined 18 million rials for “forgery and the use of forged documents.”

No evidence for these accusations was ever produced in court. Despite this, state-affiliated media justified the harsh sentence against Rigi by repeating the prosecutor’s claims that he had collaborated with the Sunni opposition group.

Peyman Roshan Zamir, a blogger who was held in Karoun Prison in Ahvaz, later published a number of exposés about the conditions at the prison, which later became the basis of wider research concerning conditions in Iranian prisons. In one of Zamir’s reports concerning Rigi, he wrote: “Another blogger who is imprisoned in Karoun Prison is Sakhi Rigi. He was the admin of the Baluchistan Glory blog. His only crime was that he re-published news and stories from a number of websites including the BBC and Radio Farda. He was sentenced to 20 years in prison and then transferred from Zahedan Prison to Karoun Prison in Ahvaz. While he was being tortured, Sakhi Rigi confessed that the articles, which had been published on other websites before being shared on his blog, were actually given to him by a foreign source. He confessed to having received the information from this source and that his blog was the first site to publish this news. It was this unrealistic confession that became the basis for the verdict. The only evidence for the court’s judgement in his case were his blog posts and his own confession. Initially, Sakhi Rigi had been harshly sentenced to 20 years’ imprisonment in part because he shared the same family name as Abdul-Malik Rigi.”

In July 2019, after the reduction in his prison sentence, Rigi went on hunger strike in protest against judicial officials who refused to grant him any prison leave or conditional parole, even though he was eligible. The media have attributed some of these objections to the Intelligence Administration of Sistan and Baluchistan province and other provincial officials.

In March 2018, Rigi wrote a letter about his time in prison, saying: “The interrogators, during my arrest, referred to a comment on my blog from some unknown individual, which I’m not sure anyone except the interrogators had even read. The comment itself was a copy of content that had previously appeared on other pages. I was then tortured in multiple interrogations in the most severe way, so that I would reveal to them who wrote the comment. I was willing to confess to all the crimes that anyone had committed in the city just to make the torture stop. But I didn’t know who had posted it. That same comment was the basis of the two accusations of ‘war against God and the state’ and ‘disclosing classified information’ that were entered against me in court. Eventually, I was sentenced to 20 years in prison in Ahvaz for simply having created that blog.”

Eventually, on July 15, 2019, Sakhi Rigi was released from the Central Ahvaz Prison after having endured 10 years in prison without leave. He has since returned to his birthplace of Zahedan.