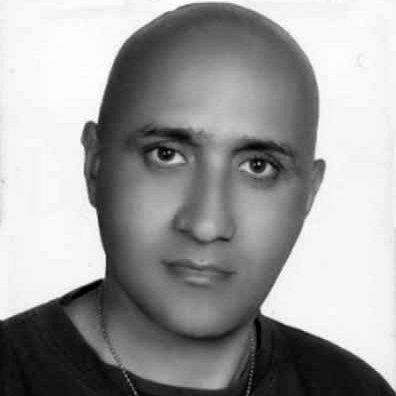 Numerous reports have surfaced detailing the harsh nature of his interrogations and the torture he suffered at the hands of the authorities — including being hung from the ceiling by different parts of his body. Beheshti was the author of a blog entitled “My Life for My Iran,” which is thought to have been the reason for his arrest.

Sattar Beheshti, who lived in Robat Karim, one of Tehran’s least privileged suburbs, was a laborer by trade. He wrote a blog called “My Life for My Iran,” which was critical of the Iranian regime. Despite it only having a small readership, this angered the authorities.

In one of his more controversial posts, Beheshti was critical of Iran’s financial contributions to the Hezbollah movement in Lebanon. As part of this, he published images of young Lebanese people enjoying themselves at parties alongside pictures of Iranians living in poverty.

Shortly before his death, he directly addressed the Supreme Leader in a blogpost on October 22nd, 2012. He wrote: “Mr. Khamenei, the judicial system of the Islamic Republic is nothing but a slaughterhouse…people are arrested, and are then subjected to a series of tortures until they confess to crimes they didn’t commit. Burning cigarettes are extinguished in their flesh; they’re branded with hot irons, their heads are shoved into toilets full of excrement until they confess to a sin they never committed.”

Then, on October 29th, a day before Iran’s Cyber Police Unit (FATA) arrested him, Beheshti published a post saying that officers had called him and warned him that there would be repercussions for his critical blog posts. “Your mother will soon don a black shroud because you refuse to shut your big mouth,” they told him. But Beheshti was defiant. “I will not remain silent even at the moment of my death,” he wrote.

It was reported that Beheshti was initially detained at Kahrizak detention center before he was moved to the communal Ward 350 at Evin Prison. Other prisoners have since described the torture marks visible on his body and injuries he endured, which they say were consistent with reports that he was hung from the ceiling by his wrists.

On November 1st, he filed a complaint against his interrogators, which was published by independent website Kaleme. “I, Sattar Beheshti, was arrested by FATA and beaten and tortured with multiple blows to my head and body,” the document read. “If anything happens to me, the police are responsible.”

Amnesty International reported: “In the complaint, which has been made public, the blogger stated that he had been arrested without an arrest warrant and that his interrogators had tortured him – including by tying him to a table and kicking him in the head.” After he lodged the complaint, he was very quickly transferred to an unknown location.

On November 6th, Beheshti’s family was told to come and collect his body. According to records at the Behesht Zahra Cemetery in Tehran, he died on November 3rd, four days after he was arrested.

Beheshti’s uncle told a news site that authorities failed to provide details to Beheshti’s family about how and why he died. “Shut up. It has nothing to do with you,” was the sole official response they received.

Gouhar Eshghi, Beheshti’s mother, said his shroud was bloody when he was buried. Another eyewitness said: “There was a big hole in his head, which was filled with plaster. His face was bloated and the moment they unfastened the shroud from his right knee, blood turned the shroud red.”

On November 9th, authorities arrested Reza Heydarpour, the doctor who had examined Beheshti’s body, He was sent to Ward 209 at Evin Prison.

On November 10th, Kaleme published a letter signed by 41 political prisoners held in Evin Prison. It read: “Beheshti's body bore signs of torture and that he was beaten during interrogations, repeatedly threatened with death, and hung from his limbs from the ceiling.” On November 8th, Kaleme published a letter by Beheshti. It stated that he had been subjected to “physical and verbal abuse” during interrogations. It also said that any confessions he made while incarcerated made were false and extracted under torture. The international media and campaign groups, including the Committee to Protect Journalists, reported widely on Beheshti’s death, and his treatment in prison.

Although the judiciary in Iran remained silent on the case, certain officials did speak up. Tehran MP Ahmad Tavakoli protested against the judiciary’s conduct and the parliamentary Commission on National Security and Foreign Policy formed a committee to investigate Beheshti’s death. The body initially announced that no torture marks were detected on Beheshti’s body; several hours after the announcement, the coroner published a report that contradicted that claim.

The Iranian judiciary eventually reacted publicly on November 12th. In a public statement, Iran’s Attorney-General Gholam Hossein Mohseni Ejei announced: “The coroner's office has provided a detailed report saying that evidence of wounds was found in five places on this person's body, including his foot, hand, back and one of his thighs, but there were no broken bones.”

In an interview with the International Campaign for Human Rights in Iran, Beheshti’s mother talked about her first encounter with the man who murdered her son. “They took me to police headquarters,” she said. “We went into the office of the investigative officer in charge of the case. They brought four men who had been with Sattar during his interrogations. Three of them had left at some point but one of them stayed with him throughout, until the end. They said that this man was Sattar’s interrogator. He was the same man who took him from the house. I said to him ‘I want to know what my Sattar said under torture. As a mother who has lost her son I would like to know.” He said ‘Sattar laughed and we beat him up until it was too late and he died.’ I said, “I am proud of him, a lion, and you were foxes. My Sattar died for Iran.’ I asked him ‘Why?’ He said ‘I had orders from above.’ I want to know whom it was ‘from above.’ A young man was murdered in four days without a sentence. Why don’t they answer me?”

On December 1st 2012, General Saeed Shokrian, the commander of the Cybercrimes Police Unit, was fired for “negligence” for his involvement in Beheshti’s death. In a rare move, security forces took responsibility for their actions. Iran’s national police chief, Ismael Ahmadi-Moghaddam, said: “Tehran’s FATA should be held responsible for the death of Sattar Beheshti.”

On the evening of President Rouhani’s 2013 trip to New York to attend the UN’s General Assembly, Beheshti’s mother wrote a letter to the UN Secretary General Ban Ki-moon, asking him to talk to Rouhani about her son’s case. During her first trip to Iran in 2014, Catherine Ashton, the High Representative of the European Union for Foreign Affairs, met Gouhar Eshghi and six human rights activists, including Narges Mohammadi, who was sentenced to six years in prison for her activities as the deputy head of the Iranian Defenders of Human Rights Center (DHRC). "Ashton wept as she embraced Eshghi; I was absolutely touched," Mohammadi told the Guardian. "Ashton told Eshghi that as a mother herself she could completely understand how it feels to lose a child like that."

On August 7th 2014, a court sentenced a FATA agent to three years in prison, two years in exile and 74 lashes for committing manslaughter. Although Beheshti’s family objected to the ruling, the verdict was upheld.

Sattar Beheshti is buried in Robat Karim Cemetery, in the neighborhood where he lived.