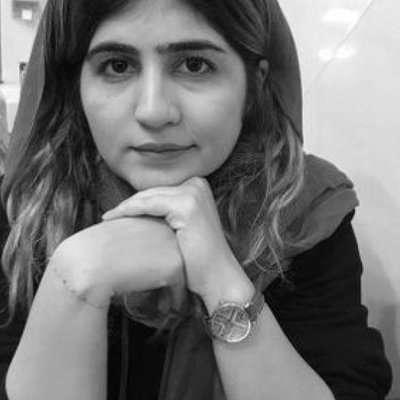 Sepideh Gholyan, a civil activist from Dezful, was arrested during industrial action protests of Haft Tapeh Sugar Company workers and sentenced to eighteen years in prison by the Revolutionary Court. The sentence was later reduced to five years by the Appeals Court.

Sepideh Gholian, a civil activist from Dezful, was arrested during industrial action protests of the Haft Tapeh Sugar Company workers and sentenced to 18 years in prison by the Revolutionary Court. The sentence was later reduced to five years by the Appeals Court.

Gholian, a fourth-year veterinary student, was arrested for the first time on March 24, 2017, at her father's home and taken to an unknown location. A source close to her family said Gholian’s arrest was a result of her activism on social media sites including Instagram. After five days of detention, she was released from the Ahvaz Intelligence Bureau detention centre on a bail of 200 million tomans.

She was arrested again during the Khuzestan workers' protests, on November 18, 2018, along with several other protestors. Gholian was first taken to a detention center in Shush, the city in which the Haft Tapeh workers' protests took place, and later transferred to Ahvaz by the security forces. Some reports quoted relatives of Sepideh, saying that she had been beaten by during her interrogation. She was released after a month of detention, on December 18, 2018, on a bail of 500 million tomans.

Following her temporary release from prison, Gholian posted on her Twitter account a description of the torture and abuse she experienced at the hands of the security forces. She said she was ready to share the same details in court. In her following tweet, Gholian wrote that intelligence agents were trying to force her into confessing against her alleged crimes, using cable ropes as a form of torture, and attributing sexual charges to her case. Sepideh described the torture during her detention as "systematic violence by the security forces" against prisoners, and wrote, "Thirty days of brutal and inhumane behavior can still bring tears to my eyes and uncontrollable trembling to my body."

Ten days later, on January 19, 2019, the Islamic Republic of Iran Broadcasting (IRIB) showed a film entitled "Burnt Plans," that showed the forced confessions of Sepideh Gholian, Esmail Bakhshi and Ali Nejati, the former a spokesperson for the Haft Tapeh Cane Workers' Syndicate and the latter a member of the board of directors for the syndicate. The videos showed them confessing to collaborating with Marxist groups outside of Iran.

Gholian, that same night, immediately responded to the broadcasting of her forced confession by stressing that she had been tortured during her detention. She wrote, “Now that my [forced] confession has been broadcast, I am requesting that my trial be held publically.” The next morning, on January 20, 2019, Gholian and her brother, Mehdi Gholian, were arrested at their father's home. Sepideh’s brother was released on bail eight days after his arrest. But Sepideh remained in custody until the end of the preliminary investigation and was then transferred to Sepidar Prison in Ahvaz in mid-March.

In late April, Gholian's defense lawyer, Jamal Heidari Manesh, announced that Gholian’s request to transfer her case to the Supreme Court in Tehran had been approved.

On April 28, 2019, Gholian was transferred from the Sepidar Prison in Ahvaz to Evin Prison for questioning. That hearing took place on Monday 29, April, at Branch 7 of the Evin Public Prosecutor's Office, where Gholian was denied access to her lawyer. The hearing on the charges against Gholian and other defendants in the case, such as Esmail Bakhshi, was held on May 12, 2019, under the heading of the last defense in the aforementioned branch, to be sent to the Tehran Revolutionary Court.

On June 3, Gholian was transferred to the Qarachak prison in Varamin. She said in a letter that her transfer to the "inhumane exile" had been made by the prosecutor with the intention of "disciplining her."

Gholian went on a hunger strike on July 23 at Qarachak Prison to protest against abuse of her parents by security agents, and against her multiple transfers between different prisons. She announced that she would continue her hunger strike until the day of the trial.

Gholian suffered from severe weakness after the second day of her hunger strike, and on the sixth day, her health deteriorated to such an extent that she had to use a wheelchair to move. On August 4, 2019, her lawyer announced via Instagram the end of Gholian’s hunger strike. She was later sentenced to 18 years prison sentence by the Revolutionary Courts of Tehran.

On October 20, 2019, Sepideh Gholian went on hunger strike for a second time, again protesting against the increased security pressure on her family, including the arrest and interrogation of her sister, Samaneh Gholian, in Ahvaz, as well as the inhumane treatment of prisoners by prison guards in Qarchak Prison. Gholian demanded a delegation from the Iranian Judiciary to investigate the poor living conditions in the prison. On Thursday October 24th, she ended her prison strike when she was given a promise from prison officials that they would comply with her demands. On October 28, she was granted temporary leave from prison on payment of bail until the end of the court proceedings against her.

Gholian was arrested again at her father's house on November 16, 2019 for participating in the nationwide “Aban” protests at that time, but she was later released on bail on December 3, 2019.

On December 14, 2020, Gholian was informed by her lawyer that the Court of Appeals of Tehran province had passed a final sentence of five years in prison.

In addition, she submitted complaints against the head of the IRIB broadcaster, the editor-in-chief of the 20:30 news programme, one of the few programmes that deals with domestic Iranian political affairs, and Amenat Sadat Zabihpour, a television reporter for the Iranian state, for broadcasting her forced confessions.

According to the latest reports on Gholian’s case and those of the other Haft Tapeh protesters, all of the accused have been transferred to prison in order to carry out their prison sentences.

Unsuccessful Complaints and their Disclosure on Social Media

Sepideh Gholian’s legal complaints against the head of the IRIB broadcaster, the editor-in-chief of the 20:30 News programme and Amenat Sadat Zabihpour over their broadcasting of her forced confession were closed only a few hours after they had been made. Instead, new cases were entered against Gholian as a result of the complaint she made against Amenat Sadat Zabihpour.

The text of the new lawsuit, which was issued on February 4, 2020, read as follows, “In the lawsuit of Amenat Sadat Zabihpour against Sepideh Gholian, you are hereby given notice of the reason for this lawsuit in the following text below. If you do not respond within the given deadline, the decision and subsequent actions will be made in accordance with the legal regulations.”

At that time, Gholian shared a picture of the legal text on her personal Instagram account, stating, “This comes after I had registered my complaint against Ms Zabihpour for her participation in the production and broadcasting of my forced confessions. Notice how it only took a few minutes for my case to be rejected and a new lawsuit to be filed against me! Shortly after, that new legal case was officially accepted and the courts only gave me five days to report for investigation. This is the ‘divine justice’ to which I am subjected to by Amenat Sadat Zabihpour.”

Gholian added that, “Many of those detained are still being oppressed, persecuted and flogged and the blood stains in the marshes around Mahshahr still remain as a testimony to the tragedy of the slaughter carried out by the security forces against Arab activists,” in reference to the Mahshahr killings in 2019.

Gholian concluded her post by saying, “You can hit harder than this, we will hit you back harder.”

On June 30, 2019, thirteen human rights organisations published a joint statement to the European Union requesting that they sanction “Sedaye-va-Sima [IRIB] and seven other officials for the extraction and broadcasting of forced confessions”.

The text of the statement read, “The signatories to this joint statement, as representatives of human rights and civil society organizations, express our deep concern over the Islamic Republic of Iran’s systematic and growing use of forced television confessions against human rights defenders and political prisoners.”

The statement added, “A study by the Justice for Iran organisation shows that at least 355 people have been forced to give televised confessions from the time of the protests against the results of the 2009 presidential election until today. These confessions were made so that the individuals confessed to falsified and fictitious accusations.”

In the statement, this collection of human rights organizations described the 20:30 news programme, calling it, “One of the IRIB’s main broadcasts, which takes orders from security officials including from the Ministry of Intelligence and the Revolutionary Guards Corps”. They also called for sanctions against IRIB executives as well as the other producers, reporters and key officials in the IRIB’s news and journalism department.

On February 9, 2020, a new legal case was opened against Gholian and she was summoned to hear the new accusations against her in the Evin Prosecutor’s Office. After hearing these accusations she was released on temporary bail for the amount of 180 million tomans.

This new legal case was heard in Branch 3 of the Evin Prosecutor’s Office, with Gholian being accused of “propaganda activity against the state” and “spreading falsehoods.” During the interrogation the court cited Gholian’s coverage of the treatment of Arab prisoners and Gholian’s posts about Amenat Sadat Zabihpour, the journalist with whom Gholian had legal disputes, as the basis of these charges.