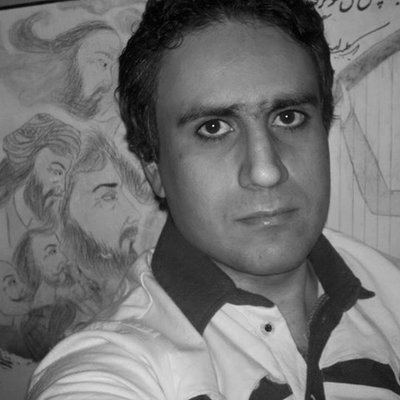 Vahid Asghari, an Iranian citizen, was sentenced to death for his work as a blogger and online activist.

“I’m forced to wear a prisoner’s uniform during court appearances. I haven’t been allowed to meet with my attorney so far even once. I have no knowledge of the old and new charges against me. "

He has been in detention since May 2008, during which he has been tortured both mentally and physically. He has written a book in prison called “The Torture Story,” which details his traumatic experience.

Asghari, an information technology student, was arrested on May 11th 2008, at Tehran Airport as he was awaiting his flight home so he could return to university. Several other online activists were also arrested at the time, with their case becoming synonymous with the “misleaders.”

Most of those accused in this case received harsh sentences, with two being sentenced to death and one being sentenced to life imprisonment. For seven months, Asghari was kept in solitary confinement in Ward 2A of Evin prison, which is run by the Revolutionary Guards. For a long time, there was no news of his whereabouts or the charges against him. It was only in March 2009 that judicial officials reported that they had arrested him and several other individuals. Whilst in solitary, Asghari was mentally and physically tortured until he agreed to give a televised confession admitting to the charges he was accused of. Despite this, he was sentenced to death in January 2010.

“I was beaten with a stick for hours and hours while blindfolded and handcuffed,” he wrote in a letter to Judge Salavati of Branch 15 of the Revolutionary Court on October 17th 2009. “With a knife against my throat, I was threatened with death and rape. My family and I were insulted. I was forced to make a confession and sign it. They then taped my confession and broadcast the video with the complicity of the national television station although I was legally presumed to be innocent.” “I was alleged to have received money from abroad as a result of Google advertising on the websites I hosted,” he wrote. “I was accused of insulting Shiite Imams and the Prophet because of their content.”

Asghari writes books and develops commercial software. While he was in prison, he wrote a book called “The Torture Story” in which he describes the inhumane treatment he received while in prison. In protest of the illegal treatment he was subjected he, he refused to appear in court.

“I refuse to appear in court for many reasons some of which are as follows,” Asghari wrote in a letter obtained by Human Rights Activists News Agency (HRANA). “I’m forced to wear a prisoner’s uniform during court appearances. I haven’t been allowed to meet with my attorney so far even once. I have no knowledge of the old and new charges against me. I was also neither informed of the lower court’s verdict or the Supreme Court’s ruling.” In his letter, Asghari also said he was denied access to a lawyer. “I have every right to refuse court appearance under such circumstances,” he wrote. “And I must be immune from retaliation. No one has the right to send me to solitary confinement or torture me because of this decision.” “I have been in so-called temporary custody for five years,” Asghari explained in his letter. “Meanwhile, the judge and the prosecutor have refused to examine the documents that I have submitted in my own defense. Instead, they have used my so-called confessions, which were obtained under duress while I was being tortured for two years.”

On March 29th 2014, the appeals court upheld his death sentence but the Supreme Court vacated the verdict and sent it back to the Revolutionary Court to be reviewed. In January 2013, Asghari wrote a letter to Ahmed Shaheed, the UN Special Rapporteur for Human Rights in Iran, and explained his situation. But in punishment for writing the letter, he was denied visitation rights for a long period of time. On August 13th 2014, he was moved from Evin prison to the infamous Rajaei Shahr Prison near Tehran, a move that is allegedly used for punishing political prisoners that disobey prison authorities and the judiciary. International human rights organizations are following Asghari’s case and there is a petition online calling for his release.