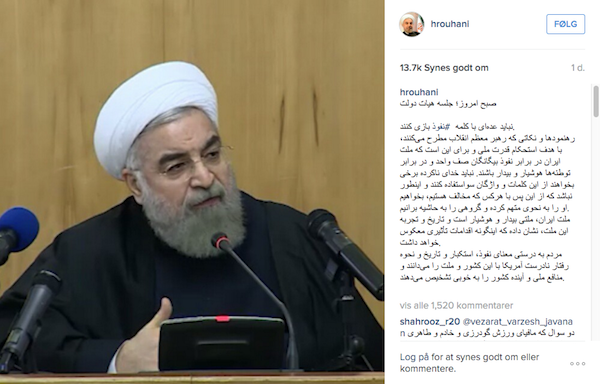 Iran's President Hassan Rouhani has criticized the recent arrests of journalists in Iran.

The past few days, Iran's Revolutionary Guards have arrested at least five journalists and accused them of being members of an “infiltration network” colluding with hostile Western governments. The Guards even let their voices heard on live Iranian television, explaining the motives behind the arrests.

On his Instagram account on November 4, Rouhani commented on the arrests, suggesting that at least some of them had been groundless.

“Let us not go and arrest one person here, another there, based on an excuse and without any reason, and then make up a case and aggrandize it, and finally say this is an infiltration movement,” Rouhani said.

His reaction signals a deepening divide between his administration and hardliners following the Iran nuclear deal.

Read the full story via the New York Times.