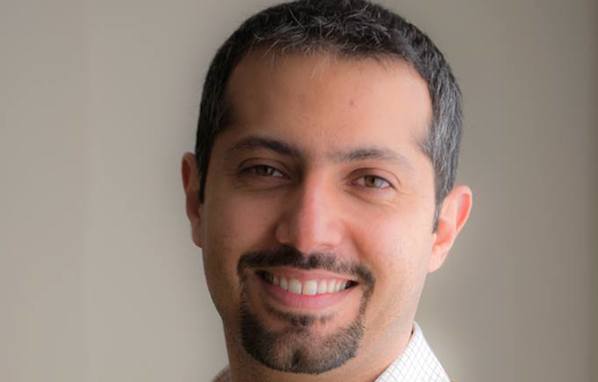 According to Iranian news websites, Heydari was arrested while at work at the daily newspaper Shahrvand in Tehran. The agents provided no explanation for the arrest, and his charges are still unclear.

Heydari’s lawyer, Saleh Nikbakht, told the semi-official Tasnim News Agency: “I haven't had any contact with Hadi after his arrest. I don't know why he was arrested. The judicial authorities are responsible and should give an explanation.”

Heydari is the artistic director for Shahrvand newspaper, which is owned by Iran’s Red Crescent Society. His arrest followed the newspaper’s publication of a cartoon by Heydari depicting tearful solidarity with the French people over the attacks in Paris on Friday.

Heydari’s detention is the latest in a new crackdown on freedom of expression in Iran. In early November, Iran's Revolutionary Guards detained several journalists accused of being members of an “infiltration network” colluding with hostile Western governments.

Heydari has been in trouble with the Iranian authorities before. Charged with conspiracy against national security, he spent 17 days in Evin Prison in 2009.

Opslået af Journalism Is Not a Crime på 17. november 2015

In 2012, Heydari was summoned to appear in court for a cartoon entitled “Blindfolding,” which hardline critics said had insulted Iranian war heroes by depicting them as entering the eight-year-long war with Iraq wearing blindfolds. Heydari denied the figures in his cartoon had any link to the war.

The court cleared the newspaper of wrongdoing, but the Revolutionary Guards compiled a case against Heydari, which included the majority of the cartoons he produced from 1998 to 2011. The Revolutionary Court sentenced Heydari to a year in prison.

It is still not clear whether Heydari’s latest arrest is related to the sentence from 2012, or if new charges are being leveled against him.

Read more about Hadi Heydari on his profile.