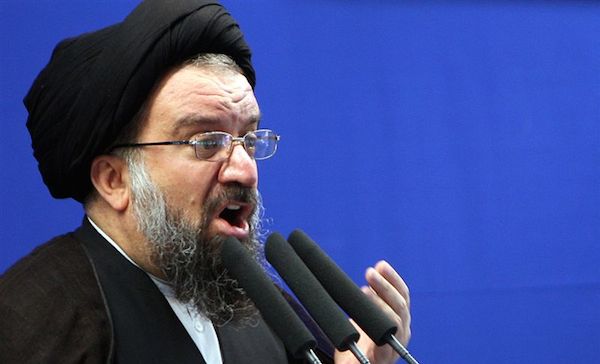 According to a senior Iranian cleric, the journalists and artists recently arrested in Iran have “confessed to being spies.”

In an interview with the local news agency ISNA, Ayatollah Ahmad Khatami, an Iranian senior conservative cleric, commented on the recent wave of arrests of journalists, activists and artists by Iran’s Revolutionary Guards.

The detainees, whom the cleric referred to as “spies” and “enemy infiltrators,” have according to the cleric received money from foreign agencies to carry out spying activities in Iran. He also said the accused have confessed to their crime, though he didn’t provide more details.

“Some people believe we only arrested them to suppress certain groups and gain power, but they are wrong,” the cleric said, most likely referring to the moderate President Rouhani, who earlier this month criticized the arrests as “based on an excuse and without any reason.”

The cleric’s comments come just a few days after Iran’s Supreme Leader, Ayatollah Ali Khamenei, said the authorities should take concerns about “infiltration” seriously and that political factions should not use the issue against each other.

“The enemy sets up a network within a nation and inside a country mainly through the two means of money and sexual attractions to change ideals, beliefs and consequently the lifestyle,” Ayatollah Khamenei said on state television on November 25.