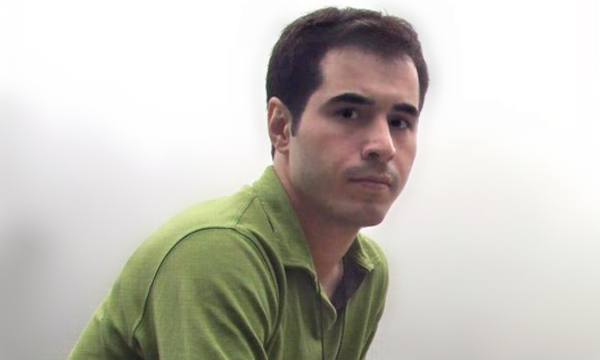 Prison authorities are denying medical care to jailed Iranian blogger Hossein Ronaghi-Maleki, according to one of his relatives.

Authorities deny that Ronaghi-Maleki, who suffers from serious kidney problems and other health issues, is ill and have refused to allow him to go to hospital since he returned to Evin Prison on January 20, 2016.

“Hossein has not received any medical care or any medicine since he returned to Evin Prison,” the relative said. “It seems that the Iranian authorities purposely refuse to transfer Hossein to a hospital. They want him to die slowly.”

The relative of Ronaghi-Maleki spoke to Journalism Is Not A Crime on the condition of anonymity, as speaking out on human rights issues can have serious consequences in Iran. In July 2105, Ronaghi-Maleki’s father was sentenced to four months in prison for giving interviews to media about his son’s situation.

Hossein Ronaghi-Maleki was arrested in the aftermath of the disputed presidential election of 2009 and sentenced to 15 years’ imprisonment for his work as a human rights activist and blogger. Prior to his arrest, he had been suffering from kidney problems, but his conditions worsened further while in prison due to physical abuse and severe medical negligence.

“The deputy prosecutor Hajilou denies the fact that Hossein is critically ill,” the relative said. “He told us that Hossein would be allowed to go to the prison clinic, but he won’t be transferred to hospital.”

In June 2015, Ronaghi-Maleki was granted medical leave from prison after posting bail. However, despite his deteriorating medical condition he was ordered back to Evin Prison last month – against doctors’ recommendations.

“They insist I return to prison although my health is very bad,” the blogger and activist wrote on his Instagram page on January 10, 2016. “Sending me back to prison is incomprehensible and illegal.”