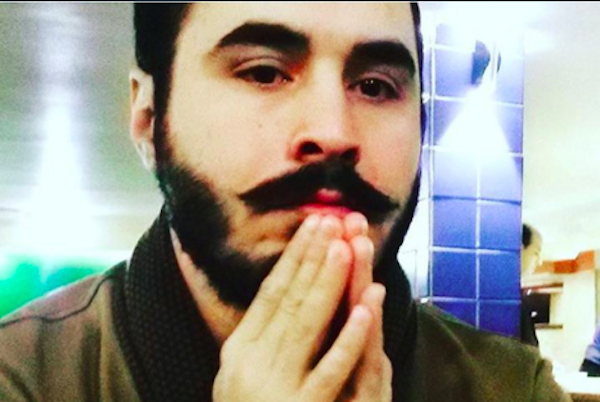 The health of jailed blogger and activist Hossein Ronaghi-Maleki continues to deteriorate in prison. The young Iranian, who suffers from serious kidney problems, has now been diagnosed with liver disease too, according to his family.

Ronaghi-Maleki is currently serving a 15-year prison sentence for his work as a human rights activist and blogger. He has only one functioning kidney and needs constant monitoring and access to specialized medical care, which he cannot get in prison, according to his doctors.

Since the blogger returned to Evin Prison on January 20, 2016 following medical leave, his condition has worsened further due to extreme medical negligence. Yet prison authorities have repeatedly refused to hospitalize him.

According to one of his relatives, Ronaghi-Maleki was transferred to hospital for medical tests and ultrasound on Saturday, March 5, but only for a short two-hour visit, before being sent back to Tehran’s notorious Evin Prison. He was reportedly diagnosed with liver disease and is “critically ill,” the relative said.

The relative spoke to Journalism Is Not A Crime on the condition of anonymity, as talking to the media about human rights issues can have serious consequences in Iran. Ronaghi-Maleki’s father was in July 2015 sentenced to four months in prison for giving interviews to the media about his son’s situation.

Hossein Ronaghi-Maleki was arrested in the aftermath of the disputed 2009 presidential election and sentenced to 15 years in prison on charges including “spreading propaganda against the regime” and “insulting the supreme leader”, allegedly in connection with articles he had posted on his blog. In June 2015, he was granted medical leave from prison after posting bail, but despite his serious condition, the prosecutor’s office ordered him back to Evin Prison last month.

“They insist I return to prison although my health is very bad,” the blogger wrote on his Instagram page on January 10, 2016. “Sending me back to prison is incomprehensible and illegal.”

In an interview with IranWire last year, Hossein’s father, Ahmad Ronaghi-Maleki, expressed major concern for the treatment of his son in prison: “They want to turn him into another Sattar Beheshti,” he said, referring to a blogger and activist who died in 2012 while in custody.