Ailing Iranian blogger and activist Hossein Ronaghi-Maleki, who was arrested in 2009 and sentenced to 15 years in prison, was released on bail today, May 4, 2016.

“I’m so thankful,” Laleh R, a close friend of Hossein Ronaghi-Maleki, told Journalism Is Not A Crime. “He wasn’t going to let up with his hunger strike and his voice was getting weaker by the day.”

Ronaghi-Maleki was arrested in December 2009 following Iran’s disputed presidential election. A Revolutionary Court sentenced him to 15 years in prison on charges including “spreading propaganda against the regime” and “insulting the supreme leader” in connection with articles he had posted on his blog.

Prior to his arrest, he had been suffering from kidney problems, but his conditions worsened while in prison due to physical abuse and severe medical negligence.

In June 2015, Ronaghi-Maleki was granted medical leave from prison after posting bail. However, despite his deteriorating medical condition, and against doctors’ recommendations, he was ordered back to Tehran’s brutal Evin Prison in January 2016.

Since his return to prison, authorities have denied him medication and repeatedly refused to hospitalize him. On March 5, he was transferred to an outside clinic, but was returned to prison after just two hours.

Since March 26, the ill blogger has been on a hunger strike to protest against his “unjust” sentence, according to Laleh R.

“I hope authorities do the right thing and reduce his unjust 15-year sentence so he does not have to serve any more time,” she says. “According to the law, he is eligible for a pardon because of his health.”

Iranian authorities released Ronaghi-Maleki on a bail of 300 million tomans (about $100,000) pending a review of his case.

“His mother is with him and will take him to a hospital,” a relative of Ronaghi-Maleki said. 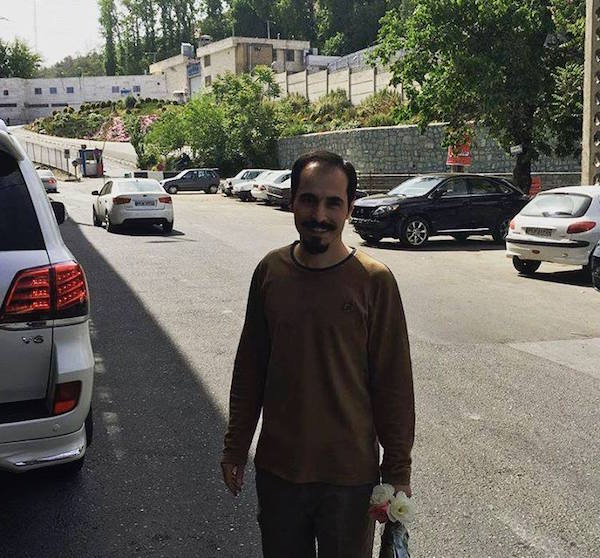 Jailed Blogger on Hunger Strike: “The Status Quo is a Slow Death Sentence”