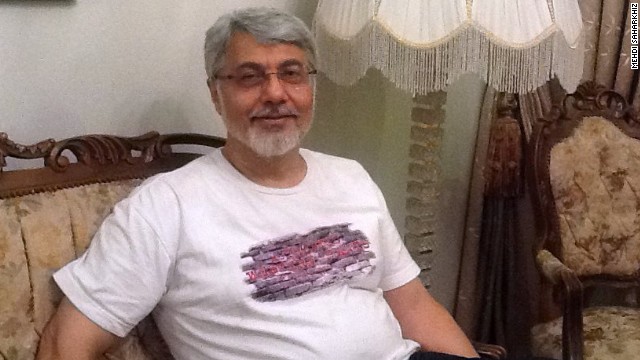 Prominent Iranian journalist Isa Saharkhiz has been arrested for “insulting the Supreme Leader” and “propaganda against the regime” on Monday November 2.

A post on Saharkhiz’s Facebook page, which is run by his family, reported his detention and shared a photo of the search warrant for his home.

Isa Saharkhiz, an Iranian journalist and political activist, has previously served as deputy minister of culture in Iran. Saharkhiz was arrested in the aftermath of the 2009 presidential election and held for four years in Evin Prison.

In an interview with Journalism Is Not A Crime, Saharkhiz's son, Mehdi Saharkhiz, who is based in New Jersey, USA, spoke about the sudden arrest of his father, who despite his critical health condition has vowed to go on hunger strike – and how his detention might be a part of a larger crackdown on journalists and activists before next year’s parliamentary elections in Iran.

“He said he would start a hunger strike, and if his arrest continues for two weeks, he will stop taking his medicine as well, which is vital to his life. The officers didn’t say where they were taking him, but we are presuming that he went to Evin Prison. He hasn’t called us, and we haven’t received any information since,” Mehdi Saharkhiz said.

Read more about Saharkhiz on his profile.