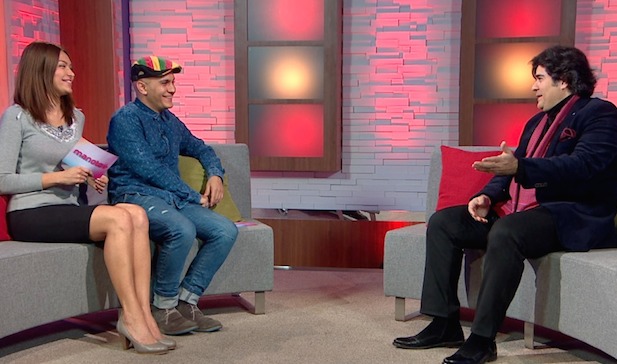 According to Iranian media, the Islamic Republic of Iran Broadcasting (IRIB) and the Fajr International Music Festival banned the 38-year-old Iranian vocalist after he appeared in a television show on Manoto TV.

Manoto TV, based in London, UK, is a Persian-language entertainment satellite channel.

Under Iranian law, all broadcasting must exclusively be government-operated, and privately owned satellite dishes are illegal in the country.

Aghili is currently on tour in Europe, and was interviewed for a television show on Manoto TV before giving a concert in London. After Europe, Aghili said in the interview, he plans to tour around the US.

IRIB has a history of banning actors and singers on television, especially those who give interviews to Persian-language media abroad.

Iran’s Minister of Culture and Islamic Guidance, Ali Jannati, did not confirm the news, though he did make it clear that he thought cultural figures should follow certain guidelines. “Artists shouldn’t give any interviews to foreign satellite television channels,” he said on January 26.  “If they do, they will lose the ministry’s support.”

When asked about Aghili, Jannati said: “We should wait until he arrives back in Iran. We can then discuss the issue with him. We can’t judge him now or decide about him when he is not here.”