Three Iranian journalists who were detained by Iran’s Revolutionary Guards in November 2015 have appeared in court this week. Another accused of the same charges is due to stand trial shortly.

The trials of journalists Ehsan Mazandarani and Davoud Asadi began on Monday, March 7 at Branch 28 of the Revolutionary Court. The branch is presided over by Judge Moghiseh, whom human rights organizations have repeatedly accused of violating judicial practice and the rights of defendants.

The hearing of the third journalist, Isa Saharkhiz, was scheduled to take place on Tuesday but was postponed by the court.

Iran’s Revolutionary Guards arrested the three journalists in early November 2015 and accused them of being members of an “infiltration network” colluding with hostile Western governments. However, the investigator for their cases had not been able to make a case for “infiltration”. Instead, the journalists have been charged with “propaganda against the regime,” “acting against national security” and “insulting authorities.”

“Asadi delivered his last defense, and we are now awaiting the verdict,” he told Tasnim News, an agency affiliated with the Revolutionary Guards.

“The court also examined the case of Mazandarani, but it was not completed,” and added that the trial of Mazandarani, who is the managing editor of the newspaper Farhikhtegan, has been extended for another session.

According to Alizadeh Tabatabaei, Isa Saharkhiz’s trial was supposed to take place on Tuesday, March 8, but as Saharkhiz’s other lawyer had not reviewed the case, the session was postponed, most likely to next week.

An article on Human Rights Activist News Agency reported that on Monday, March 7, Saharkhiz was transferred from Evin Prison’s Ward 2A – a ward controlled by the Revolutionary Guards that is mainly used to hold political prisoners in pretrial detention – to Evin’s Ward 8, reserved for financial offenders. When an inmate is sent to this ward, political prisoners often refer to the person as having been “exiled”. Political prisoners are usually sent to the communal Ward 350 after interrogations.

However, just a few days later, the International Campaign for Human Rights in Iran reported that Saharkhiz, who suffers from severe kidney problems and heart disease, was hospitalized on March 9, 2016, due to life-threatening health deterioration from successive hunger strikes. 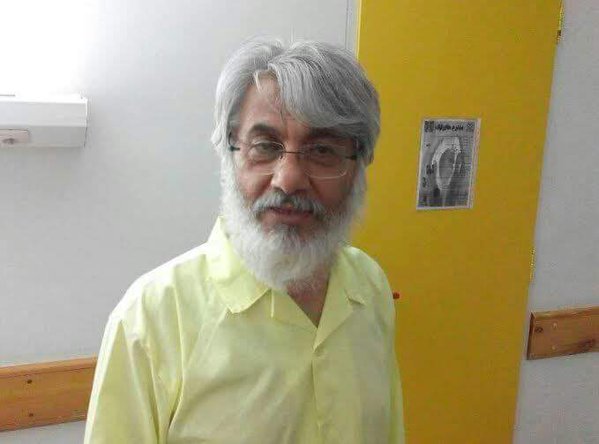 “My father has lost more than 20 kilograms. My family says he looks like someone entirely different. It is natural for anyone to develop severe problems and weight loss after some time on hunger strike,” Saharkhiz’s son, Mehdi, told the campaign.

Saharkhiz has been on several hunger strikes since his arrest, protesting against prison conditions and the fact that there has been no progress on his case. On February 19, Saharkhiz was transferred to solitary confinement without explanation.

Another Iranian journalist, Saman Safarzai, who was also arrested in November 2015, will reportedly stand trial on Saturday, March 12.

Note: On March 11, we have updated this article to include information about Saharkhiz’s hospitalization.