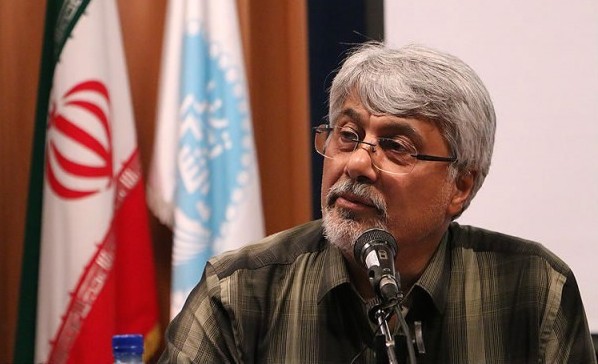 Iranian reformist journalist and political figure Isa Saharkhiz has ended his hunger strike in prison after 48 days, his son told Journalism Is Not Crime.

“My father lost around 15-20 kg during the hunger strike,” Mehdi Saharkhiz said in an interview with Journalism Is Not A Crime.

“My father drank liquids like water and juice, because he had to take his medicine,” Mehdi said.

According to his son, Saharkhiz was arrested on charges of “insulting the Supreme Leader” and “propaganda against the regime”.  However, he has not yet been tried in court and his situation remains unclear. His family has only been allowed to visit him in prison once, on December 11.

“My father was strong emotionally, but weak physically,” Mehdi says. “We don’t know anything about my father’s file. His case is still open and unclear.”

According to Mehdi, Isa Saharkhiz’s arrest is temporary, and his release on bail is scheduled for January 2, 2016.

“My father has terminated his hunger strike until January 2 when his temporary detention is supposed to end. But he said that if his situation remains unclear, he would resume the hunger strike.”

Besides Isa Saharkhiz, at least three other journalists were arrested in early November 2015 in what appears to be a new crackdown on press freedom ahead of the country’s parliamentary elections next year. They are allegedly accused of being members of an “infiltration network” colluding with hostile Western governments.

Isa Saharkhiz is one of the many activists who were jailed in the aftermath of the contested presidential election of 2009 in Iran. After four years in prison, including several months in solitary confinement, he was released in October 2013.